A Golden Wedding: Olympic Champs Kromowidjojo And Weertman Get Married 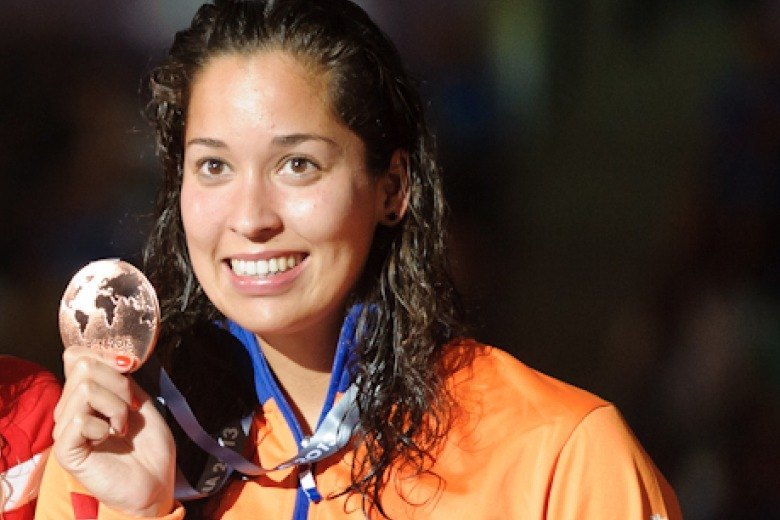 The freestyle Olympic champions have officially tied the knot after getting engage in 2019 before the Tokyo 2020 Olympics. Archive photo via Victor Puig

Dutch Olympic champions Ranomi Kromowidjojo and Ferry Weertman got married on September 10, 2022. Kromowidjojo and Weertman announced their engagement back in December of 2019 and specified at the time that they would wait until after the Tokyo 2020 Olympics to officially tie the knot.

They stuck to their word and waited until after racing at the Olympics, which were delayed by a year due to COVID-19. Both Kromowidjojo and Weertman competed at those games and have since retired from the sport.

The duo shared a photo from their wedding via Instagram, along with a video of Dutch DJ Brennan Heart who made a surprise appearance at their wedding. Several fellow Olympians were in attendance at the event including Femke Heemskerk, Arno Kamminga, and Kira Toussaint.

Kromowidjojo and Weertman swam on opposite ends of the freestyle spectrum as Weertman was a distance freestyle expert. He won his Olympic gold medal in the 10km open water race at Rio 2016. He also won gold in that event at the 2017 World Championships and at the 2014 and 2018 European Championships. Weertman competed at Tokyo 2020 in 2021, placing 7th overall in the 10km open water race. He announced his retirement from the sport later that year in December 2021.

There are actually few athletes who meet these criteria across all sports, and most of them are in the very early days of the Olympics, where being able to afford to travel and train at this level was often a big part of the equation.

Aleksey Kudryavtsev – change that to 1992. Before the trolls get on you Braden. 😇

Pat McCormick is female. Interestingly, she had a 5 month old when she won in 1956.
https://en.wikipedia.org/wiki/Pat_McCormick_(diver)

István Szívós sr. and István Szívós jr. are both olympics champions in water polo. Senior from 52 or 56, while his son won in Montreal. And nearly the son of Szívós won as well in 2008, Márton Szívós, but missed to gold winning hungarian team. Being cut from the team just one year before the games.

While I did not win an Olympic gold, Gary Jr won enough for both of us…(10 Olympic medals). I believe we are the only father and son to swim in 3 Olympic Games each. Of that accomplishment, I am very proud.

Congratulations Ronomi and Ferry! Ronomi, I have always been a big fan. Hope to meet you both someday. If the children are sprinters, we will know which side that comes from! Same, if they are distance swimmers.

Nearly, Dezső Gyarmati was a gold medalist 3 times in water polo, and his first wife was Éva Székely an olympic gold medalist seimmer from Helsinki.
Their daughter is Andrea Gyarmati, who won a silver back and a bronze in butterfly in München.

Congratulations to Ranomi and Ferry!!!

Children gonna have the weirdest event lineup in history, 50 free and 10k

Md? My question is will the kids have fast or slow twitch?

Kids will have “FerryFast twitch” 😉