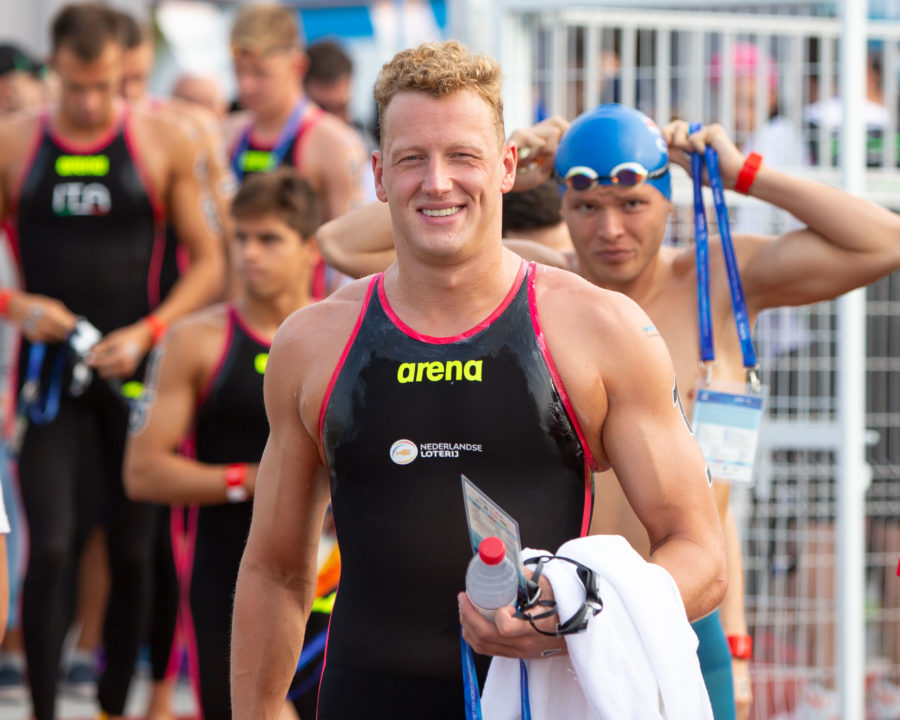 The 29-year old Dutchman won the open water 10km race at the Rio 2016 Olympic Games. In addition to his Olympic gold medal, he is the 2017 World Champion in that event, a double 2015 Worlds silver medalist in the 10k and team race, and 5-time European open water champion.

🚨Breaking news🚨 Im going to retire from professional swimming! It’s time for a new chapter in my life. I’ve had a wonderful career, with many succeses! I want to thank each and everyone who played a part in my swimming. From the club I started swimming @otterstgooi to the dutch swimming federation @knzbned, but also my partners who supported me over the last few years @arenawaterinstinct @missie.h2 and @crowefoederer. I also want to thank all my teammates over the years and of course all the volunteers who make the sport possible 🙏🏻 I may have quit professional swimming, but I will be swimming for the rest of my life, because I love swimming! 🏊🏻‍♂️

While Weertman entered the Tokyo 2020 Olympic quad with a ton of momentum, following Olympic gold with a World Championship, he came up short of the podium at his last two major championships. At the 2019 World Championships, he finished 4th, saying afterward that it was “not the result I trained for, but happy with the way I raced.”

In Tokyo, he finished 7th. To that result, he said “my raceplan didn’t match the race today…I was in good shape today, but couldn’t close the gap to the leading swimmers and fight for the medals.”

After an 8-year international career, which is not long by open water standards, Weertman retires as one of the legends of the discipline. He is one of only four men so far to have won Olympic gold in open water in the relatively-new discipline, only added for the Beijing 2008 Olympics.

Weertman, who specializes in one of the longest races on the Olympic schedule, is engaged to marry Ranomi Kromowidjojo. The two became engaged in 2019 and were set to wed after the Tokyo 2020 Olympics, though those were eventually postponed. The pair make up one of swimming’s true power couples: Kromowidjojo has 3 Olympic gold medals and 1 silver medal, including the 50/100 free sprint double in London 2012.

Maybe or maybe she’ll hold on one more cycle. She looked pretty good in isl.