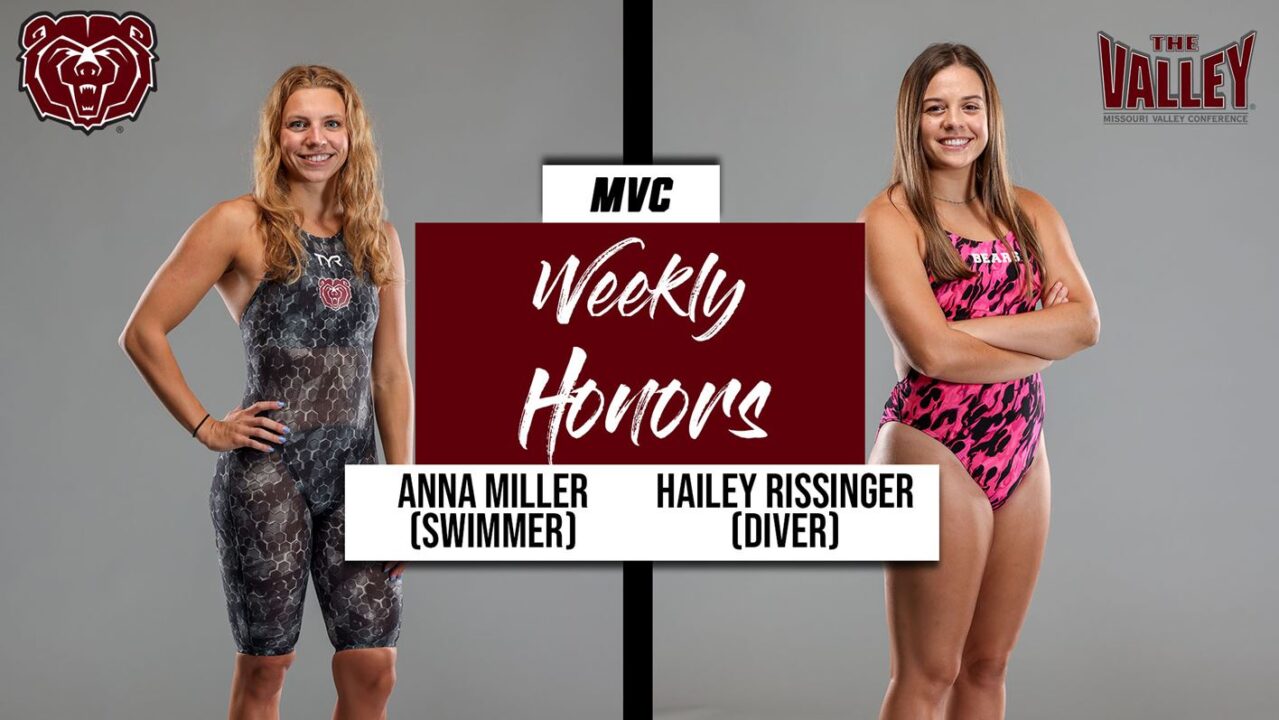 Miller broke three Hammons Student Center Pool records during Saturday’s dual with No. 19 Missouri. Miller won the 200 freestyle with a time of 1:47.07, breaking the previous pool record set by Missouri’s Allison Bloebaum in 2019 by over two seconds. The mark was the second-fastest in program history and ranks 48th nationally this season. She followed up her performance by clocking a 54.03 to win the 100 butterfly, breaking former Bear Sydney Zupan’s (55.12) pool record set in 2016. Miller also set a pool record by swimming the opening 100 in a blistering 49.08 during the Bears’ 400 freestyle relay win.

Rissinger led the way for Missouri State with fourth place finishes on both the 3-meter (236.79) and 1-meter (223.65) boards on Saturday against Mizzou. Both marks were season bests for Rissinger. She is the first Missouri State diver to collect MVC Diver of the Week honors since Ashley Yarbrough did so on March 24.

The Bears will be back in action Dec. 17, when they host Drury at Hammons Student Center Pool at 5 p.m.