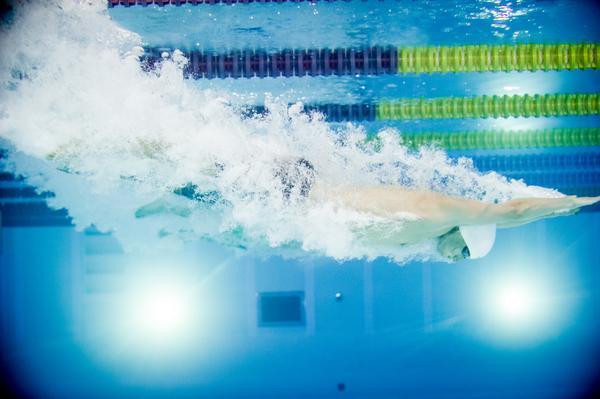 Five different events saw six world records fall on the second day of the 2015 IPC World Championships, and Russia and the Ukraine led all nations with five gold medals apiece. Current photo via @IPCSwimming on Twitter

Five different events saw six world records fall on the second day of the 2015 IPC World Championships, and Russia and the Ukraine led all nations with five gold medals apiece.

American Rebecca Meyers was the first to break a world mark on the day, going 2:24.60 to win the 200 IM and break her own world record by over two seconds.

Meyers competed in the SM13 category – that is one of three levels of athletes with visual impairments, and all three levels (SM11, SM12 and SM13) all compete in the same race for the same medals.

That race was a 2-for-1, with the SM12 world record also falling. It went to Russia’s Darya Stukalova in 2:24.86. Stukalova takes home the silver medal along with that world record.

Colombia’s Carlos Serrano Zarate got into the action next, winning gold in the SB7 men’s 100 breaststroke. The 16-year-old Zarate’s 1:16.68 just barely snuck under the 1:16.84 world record previously held by Australian Blake Cochrane, who was second in this race.

And in the final event of the night, Mexico’s Nely Miranda Herrera lowered her own world record in the S4 women’s 50 free. Herrera, now at age 42, went 40.08 to take just over two tenths off her previous mark.

In terms of the team race, Ukraine and Russia tied to lead all nations with 5 gold medals on day 2, including three of them back-to-back-to-back for each nation.