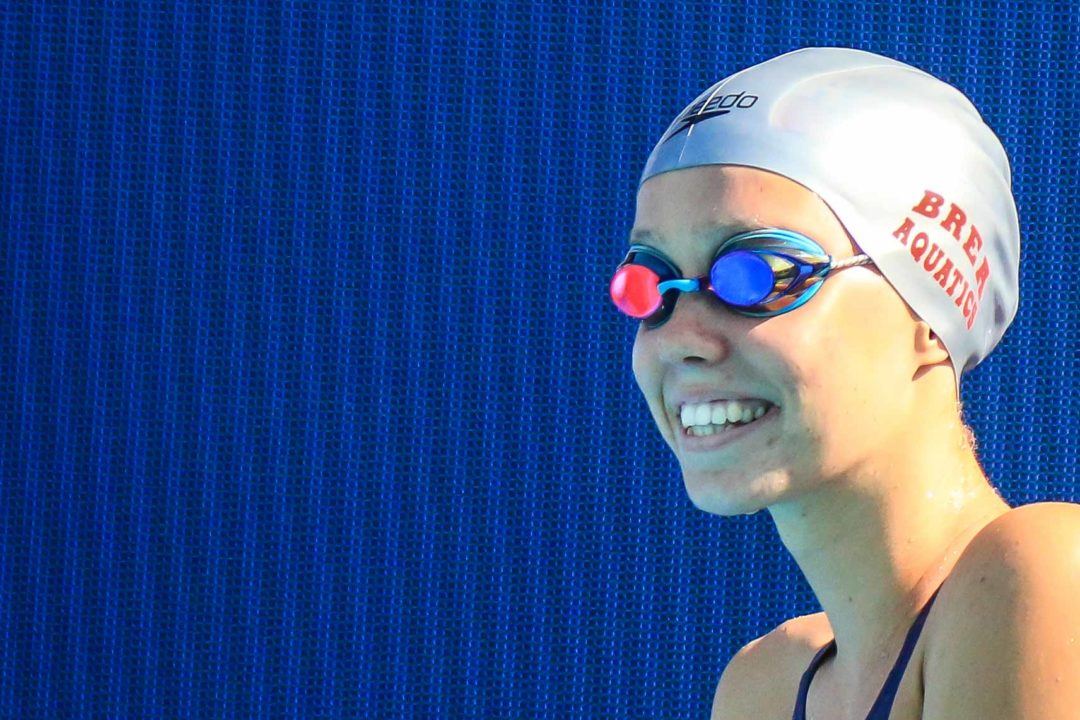 Last week it was the seniors. Now its the juniors who are up in twin Winter Championships meets on the East and West Coasts. Here are six swimmers to watch at the West edition:

One of the better junior backstrokers in the nation (and that’s saying something with the current crop of elite juniors), Isabelle Stadden is far-and-away the top seed into both backstroke races this week. Stadden was a silver medalist in the 200-meter back at Pan Ams last summer. Now only about five months into the 17-18 age group, Stadden has a great shot at moving immediately into the top 10 American backstrokers of all-time in that age group.

Arguably the best swimmer to come out of Oklahoma since Olympian David Plummer, Aiden Hayes is looking to move up the list of all-time sprinters in the 15-16 age group. Hayes is already part of a select group to break 20 seconds before the age of 16 – only 17 swimmers have done so, per USA Swimming’s rankings. Hayes currently sits #10 all-time at 19.73, but could move up into the top five with a drop of just over a tenth of a second.

18-year-old Texas Longhorns signee Coby Carrozza has a chance to sweep the 100, 200, and 500 frees in a dominating show of mid-distance strength. Last year at Winter Juniors, Carrozza missed the sweep by two tenths of a second, winning the 200 and 500 but missing out in the 100. He’s the top seed in two of the three this time, and 2018 champ Jack Armstrong is gone in the 100 free.

The girls age group 200 fly ranks have been under assault lately from a dominant class of swimmers – one of them Colorado’s Lucy Bell (sometimes listed as Lucerne Bell). Bell moved into the top four all-time in the 13-14 age group last year, and is now aged up to the 15-16s.

Just repeating that time would move Bell into the top 25 of all-time for 15-16s. But consider that she dropped from 2:01 to 1:55.8 last March – that suggests Bell could be in line for even more time drops as she gets more experienced in the event. The NAG record is a 1:51.2 from standout Regan Smith, but Bell could have a shot over the next year and a half or so to best Mary T. Meagher’s 1:52.99, the former NAG record that stood from 1981 until last December.

Arguably the top flyer in the meet, California’s Ethan Hu is looking to move into the top 10 all-time for the 17-18 age group in the 100 fly. At this meet last year, Hu moved into a tie for #3 all-time among 15-16s, going 46.25. He actually cracked 46 last spring in California’s high school state meet, but that 45.72 for some reason doesn’t appear in USA Swimming’s database or its top 100 swims of all-time for the 17-18 age group, though other times from that meet do appear.

Hu could make that a moot point this week if he can better that time in Federal Way. Repeating a 45.72 would put him #7 all-time among 17-18s. The NAG record is 44.9 set by Olympian Tom Shields, but world champ Caeleb Dressel was only 45.2 in this age bracket for 2nd all-time.

The top seed has an altitude adjusted time, so their actual time is slower.

Incorrect. There is a reason altitude adjustments are in place. It’s more challenging to swim at altitude.

Vote Up10Vote Down Reply
Look at the world record line

Vote Up4-12Vote Down Reply
A dude