5 Storylines to Follow at the 2019 Pan American Games (SWIMMING) 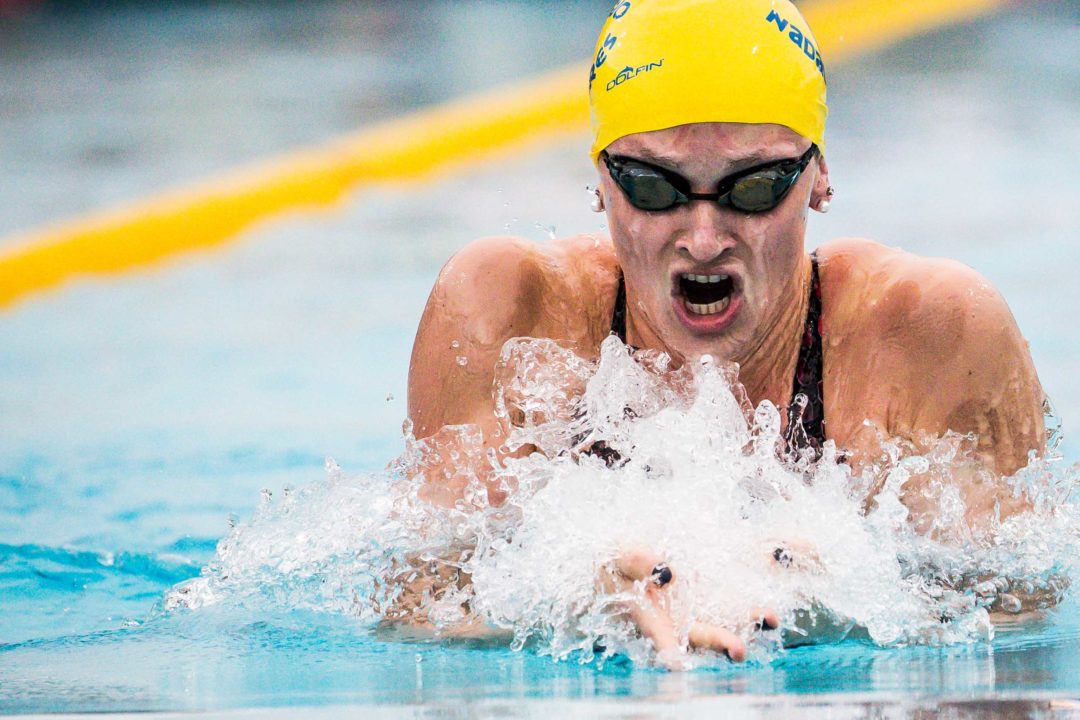 The United States' fastest time in the 200 breaststroke in 2019 belongs to Annie Lazor, who didn't swim at the World Championships. Archive photo via Jack Spitser/Spitser Photography 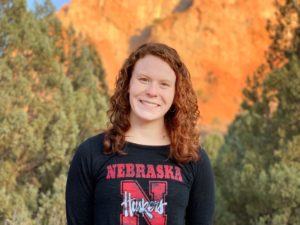 Future Nebraska Corn Husker Caitlin Cairns (senior) of St. Mary’s High School won the 50 free and 100 fly, breaking the 3A record in the 50.

The 2019 Pan American Games kick off on Tuesday in Lima, Peru, and the meet has already gotten its first big storyline, thanks to the host nation. Their top swimmer, Mauricio Fiol, was scheduled to make his big return to swimming at this meet after serving a 4 year doping suspension from the 2015 Pan American Games, but wound up testing positive again, for the same substance.

We’re keeping an eye out for updates on that case, and these 5 additional storylines that we suspect will happen in the pool at the Pan American Games.

Heading into the World Championships, the highest-ranked American breaststrokers in the world this season were not on Team USA’s World Championship roster. That’s still the case in the women’s 200 breaststroke, where Annie Lazor ranks 2nd in the world this season (2:20.77). Cody Miller is having a huge bounceback year in the men’s breaststrokes, meanwhile, swimming a 59.24 in May that is the fastest he’s been at an in-season meet. Along with Will Licon (top seed in the 200 breaststroke), Nic Fink (2nd seed in the 200 breaststroke), Kevin Cordes, Molly Hannis, and Bethany Galat, the Americans could sweep the breaststroke gold medals at this meet – and have an outside chance at going 1-2 in the breaststrokes as well. On the men’s side, the Brazilians will be the biggest hurdle to that in the 100. On the women’s side, the big challenge will likely come in the 200 from Argentina…

2. Argentina “All In” on Pan American Games

The South American nations did not perform very well at the World Championships, with many making very public statements that their priority was the Pan American Games. That includes Argentina, which said that they only sent a team to the World Championships to avoid punishment from the international governing body. They’ll send 17 to the World Championships, looking for a follow-up to their 3-medal performance from the 2015 Pan American Games. All of those medals last time were won on the men’s side, with Federico Grabich winning the men’s 100 free and placing 2nd in the men’s 200 free; and Santiago Grassi taking silver in the 100 fly. The men’s 100 fly field will be tougher for Grassi this year, with swimmers like Tom Shields and Vini Lanza capable of well-under 52 second swims in the event (52.0 won in 2015), but Grassi too has raised his level: earlier this year, he broke the Argentina Record in the 100 fly with a 51.88. The Argentine women have serious medal threats, too: in the women’s breaststrokes as alluded to above. Macarena Ceballos and Julia Sebastian are the meet’s best 1-2 breaststroke punch outside of the Americans. In the women’s 400 free, Delfina Pignatiello is the top seed.

4. Phoebe Bacon, Alex Walsh, and Isabelle Stadden Get Their Chance

Unless you’ve been under a rock for the last 2 weeks, if you’re reading this, your Rorschachian response to “young American women’s backstroker” is probably “Regan Smith,” who is the new World Record holder in the women’s 100 and 200 meter backstrokes. Up until then, she was already at the front of the line, but not in a totally clear-cut fashion. The 2020 Olympic Trials races in the women’s backstrokes could be a blood bath. In addition to Smith and the veterans like Olivia Smoliga and Kathleen Baker, Bacon, Walsh, and Stadden are all high school students on a collision-course with super-elite international status. Bacon will swim the 100 back at Pan Ams, while Stadden and Walsh will swim the 200 back.

Nathan Adrian has been mister-consistent for the Americans for a decade. In spite of being run-down on the men’s medley relay by Duncan Scott in Gwangju, his anchor result was still solid and he was clutch on the 400 free relay. All of this with the context that he spent the early part of 2019 undergoing surgery and receiving treatments for testicular cancer. So, for the first time in a long time, Adrian is in a true battle to secure his National Team spot going forward. Right now, 6th place in the 100 free sits at 48.01, and 6th in the 50 free sits at 22.00. Swimmers have until August 25th to break through into the top 6. Adrian will race both the 50 free and 100 free at Pan Ams individually. Reminder: relay leadoffs don’t count.

I care about all the storylines mentioned here, but in my heart I know that if I wrote this article all five spots would be filled with Nathan Adrian. He’s been my favorite swimmer for a decade now, and I don’t see that changing anytime soon. Annie Lazor could set a WR in the W200br and I’d still need to hear about how Nathan is doing first. TOO MANY EMOTIONS.

You are obviously biased, but so am I

Lazor will get the WR

she could be at least better than that 2d world time …..

That 200 breaststroke world record seems to be one of the gettable ones out there. Most of the specialists — other than Efimova — since Soni have favored the 100. But for a world record it might require 2-3 chasers in the same race, like the men. Not sure if Lazor can do it on her own.