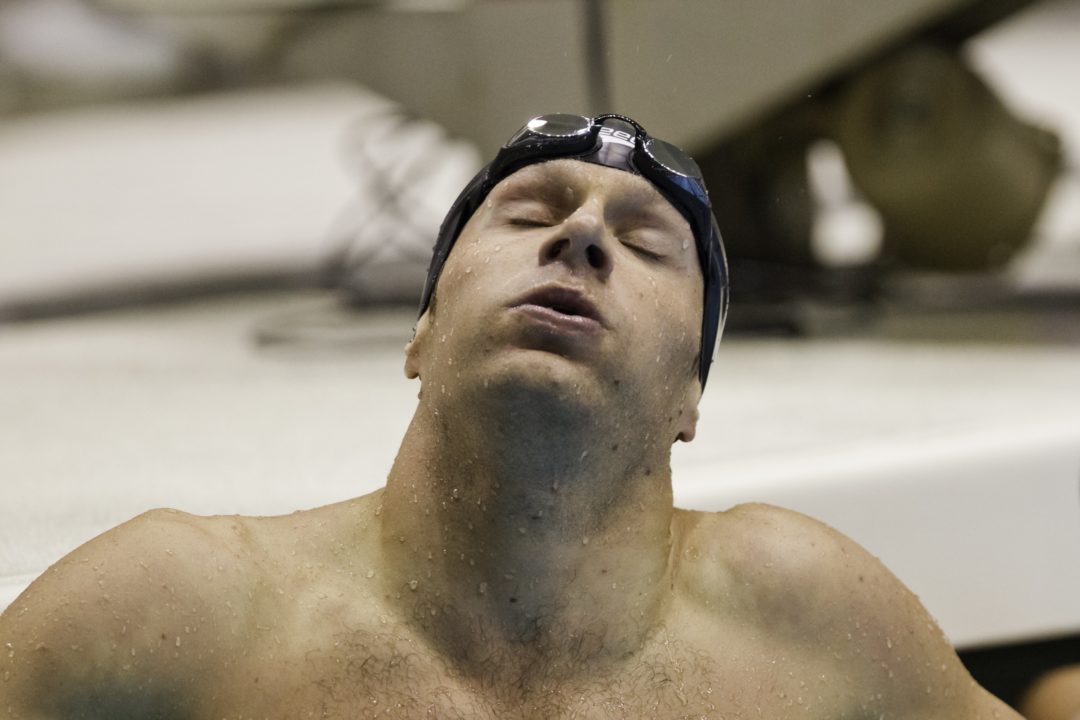 Three-time Olympian Brendan Hansen has been named one of five captains for the 2012 Olympic Team (Photo Courtesy: ©Tim Binning/TheSwimPictures.com)

Brendan Hansen, Peter Vanderkaay, Rebecca Soni, Jason Lezak and Natalie Coughlin have been selected as the five Team USA co-captains headed into the London Olympics. The decision was announced on Wednesday night in Knoxville, Tennessee where the Olympic team is gathered for their pre-European training camp.

Hansen, Vanderkaay, and Coughlin are all headed for their third Olympic appearances, and Soni, one of the United States’ strongest picks for gold, is going into her 2nd.

Even squads like the Olympic Team, together for just a few weeks these captains play vital roles. Each member of the team is coming from a situation where they are a top-dog, and somehow in just a month they must gel together into a cohesive unit. With all of the pre-Olympic tension, captains are often responsible for keeping the team relaxed and quelling any fires that might smolder between athletes who must simultaneously support each other and compete against each other if they hope to bring home the ultimate Olympic glory.

This Olympic captains lineup is demonstration that more goes into being a captain than simply winning the most medals or being entered in the most events. Coughlin and Lezak, for example, will swim only a single race each (the 400 free relay), but are two of the most respected in the sport today. Vanderkaay similarly has only one entry for the Olympics, for now, but is one of the true gentlemen in the sport of swimming. He’ll swim the 400 free, unless the U.S. coaches choose to put him on the 4×200 free relay – though he didn’t even final in the event at Trials.

But these five swimmers have near-unanimous respect in the team. They represent every region of the country, and almost all of the top American programs. They’ve been on a number of teams, have had unprecedented success and even the glorious ceremony of the Olympics is old-hat to them by now.

All-in-all, it’s hard to argue with any of these choices. Onward to London.

Cute consolation prize for Vanderlaay, Lezak, and Coughlin. It`s not like they will have much else to do in London besides “playing captain.”

They won’t be “playing” captain, they ARE the captains. Are you bitter because you never made an Olympic team and won Olympic golds like they did? Or is it just because you were never respected enough to be captain of anything??

I was involved in the making of the original Captain Planet in the 90s, fool. And everyone knows that being the captain of what is largely an individual sport is no great distinction. The top swimmers will look for advice from their coaches, not some guy who will need to go all-out in the 400m prelims just to make it to the next round.

Maybe Coughlin`s role as captain will consist of preparing baked goods for the team so they don`t get food poisoning from the British cuisine.

Provided she stays healthy, Franklin’s time as international team will come. By all accounts, she’s already an excellent motivator with great positive energy and seems to have a lot of leadership potential. Captain is just not an honor that goes to a 17 year old rookie.

Chipper Jones wasn’t an All Star this week based purely on his current stats. Bryce Harper has much more upside now than Chipper, but Jones was the player selected to address the NL team before the game to provide provide perspective, inspiration, and context to the younger players. This is an extremely young US team and the first timers can gain from the wisdom of their elders. Natalie Coughlin was better in 2008, partly because of the insight she gained from watching the end of Jenny Thompson’s storied and distinguished career in 2004. Hopefully Missy and Katie Ledecky can similarly benefit and lead and inspire younger olympians in the future.

I don’t remember Phelps ever saying he wanted to be team captain. His leadership is shown by what he does in his races!

Im surprised about Hansen actually…Yes he’s been there before, but he seems to me a little too full of himself, i.e., a few too many , “i’m proud of MYSELF” comments. I would’ve liked Grevers in his spot.

Probably why Lochte isnt captain as well. He is a nice guy though

Being a captain isn’t about being fast, it’s about being a leader. I think all the captain’s are phenomenal choices and wish them the best of luck

Franklin is 17, and this is her first Olympics. You want the elder statesmen who’ve been through this before. Phelps seems to not have the strongest rapport with everyone on the team. Lochte might be good, but again… these guys are racing practically every session. They don’t have a lot of down time to talk to the younger swimmers and boost everyone’s spirits.

Phelps, Lochte, and FRanklin are going to be too busy and exhausted.