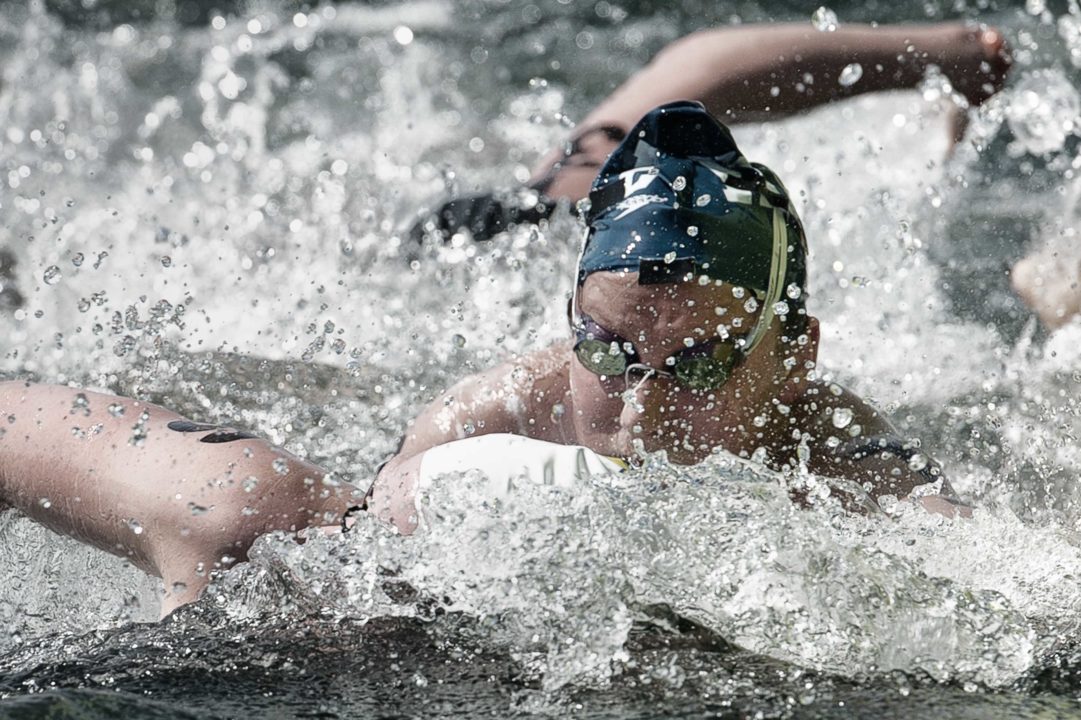 It’s the longest swimming race on the world championship program and today it was Germany’s Thomas Lurz and Italy’s Martina Grimaldi who took top honors. Team USA’s Eva Fabian took the bronze.  To put this race in pool swimming perspective, for the top swimmers it’s like going 250 x 100m repeats on 1:15 – and averaging better than 1:12’s.

On the men’s side, it was Lurz’s second gold medal from these championships – he was a member of Germany’s winning 5K team pursuit.  Lurz (4:47:27.0) narrowly touched out Belgium’s Brian Rycheman who was a mere 4 tenths of a second behind. Evengenii Dratttcev of Russia was third in 4:47:28.1.  Team USA’s Alex Meyer was right on the leaders taking the 4th position just 1.2 seconds behind Lurz.  Again the race was very close at the end with the top 8 finishers all within 17.8 seconds of one another.

For the women it was 2012 Olympic bronze medalist Martina Grimaldi narrowly out touching Angela Maurer of Germany by one tenth of a second for the win. Maurer’s performance was particularly impressive when considering she’s turned 38 today.  Eva Fabian took the bronze and was seven tenths off the leader. The women’s race was dominated by the top seven swimmers who broke away at the mid point of the race.  There was a 12.6 differential in the lead pack.

Have a look at the results for some interesting insight into the dynamics of this race:  Men’s Results – Women’s Results

i thought lurz was a 5k-10k specialist

Great job by Meyer and FAbian, along with Anderson, way to get the ball rolling for Team USA!

I thought Maurer was pushing 30; had NO idea she was 38! Isn’t that against the conventional wisdom that sprinters are much more likely to extend careers beyond 30?? That is an incredible feat.

Hey these folks are super human. I am training for the Waikiki Rough Water swim here in Honolulu Sept..1 which is nearly 4K. I will be 77 this year and hope to be a finisher.

Meyer missed the podium by .1 . 25k open water and you miss a medal by a tenth of a second,I can’t even imagine.