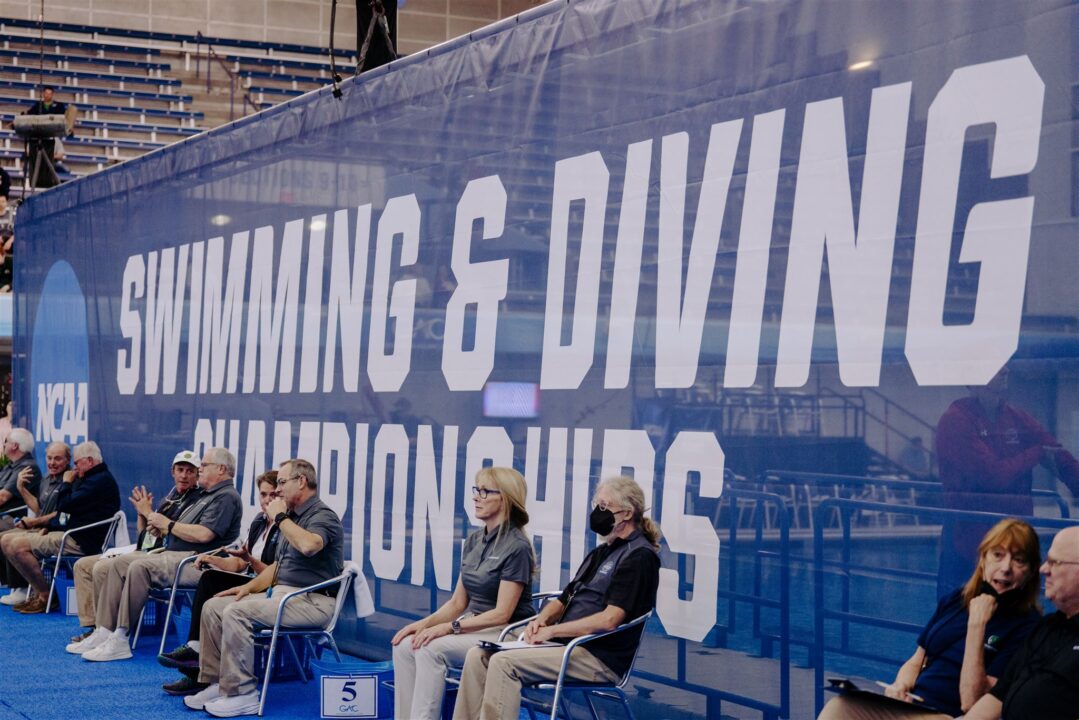 There are several important team races still in play on the final day of competition at the 2022 NCAA Division II Championships. Current photo via Spencer Douglas

Queens may have wrapped up 1st place but there are still lots of exciting team races taking place on Day 4 at the 2022 NCAA Division II Championships.

Queens University of Charlotte has guaranteed a seventh consecutive Division II team title with another eight finalists on the last day of competition in Greensboro. UIndy seems to have sewn up a second-place team finish; the Greyhounds have eight scorers tonight.

Third place is still up for grabs, with Nova S’eastern and Drury separated by only 20 points. NSU has four A finalists tonight and Drury has two As and four Bs.

Lindenwood, IUP, Simon Fraser, and West Chester all did better than expected by double figures.