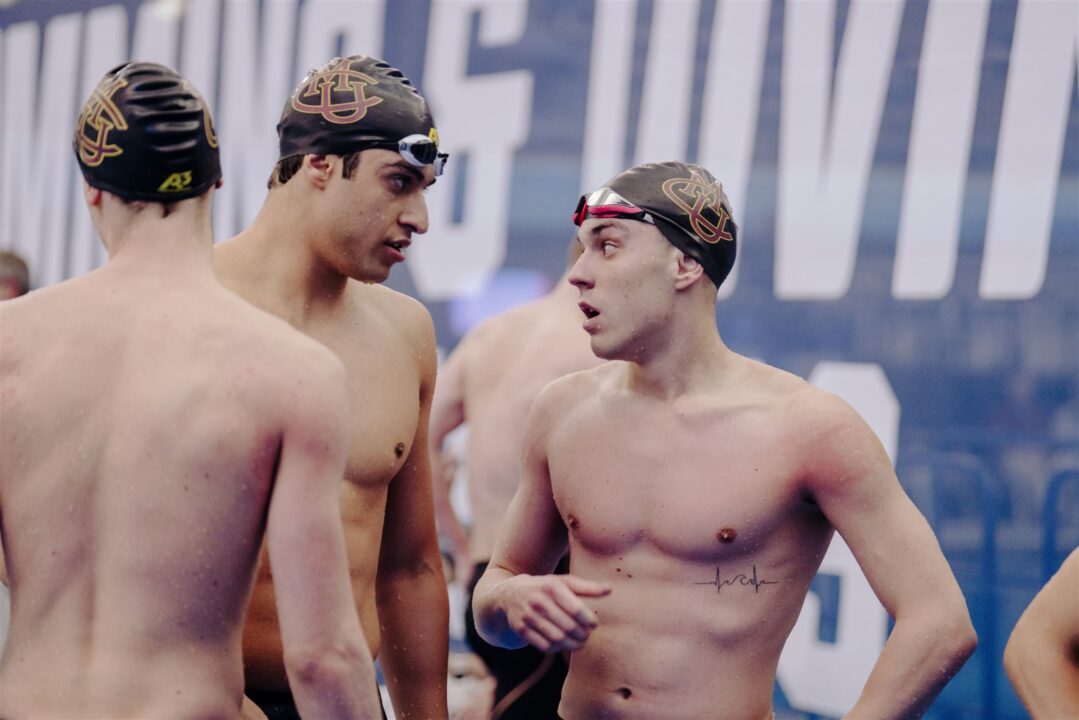 Queens may have wrapped up 1st place but there are still lots of exciting team races taking place on Day 4 at the 2022 NCAA Division II Championships. Current photo via Spencer Douglas

There are several important team races still in play on the final day of competition at the 2022 NCAA Division II Championships.

Queens wrapped up Day 4 with 10 scoring swimmers, 7 of which will be in A finals. The Royals are well on their way to a seventh consecutive NCAA Division II team title.

Drury managed to shake off Indy over the last two days, and with nine finalists on Saturday night, they have a solid lock on second place. Likewise, Indy and McKendree both performed well and should have places three and four locked up.

There is still drama in the race for fifth place, with Florida Southern Colorado Mesa, and Lindenwood all vying for the top position. FSC did 17 points better than expected this morning, mainly in the 100 free and 200 breast.

Simon Fraser added an extra 20 points with two big performances in the 200 back.