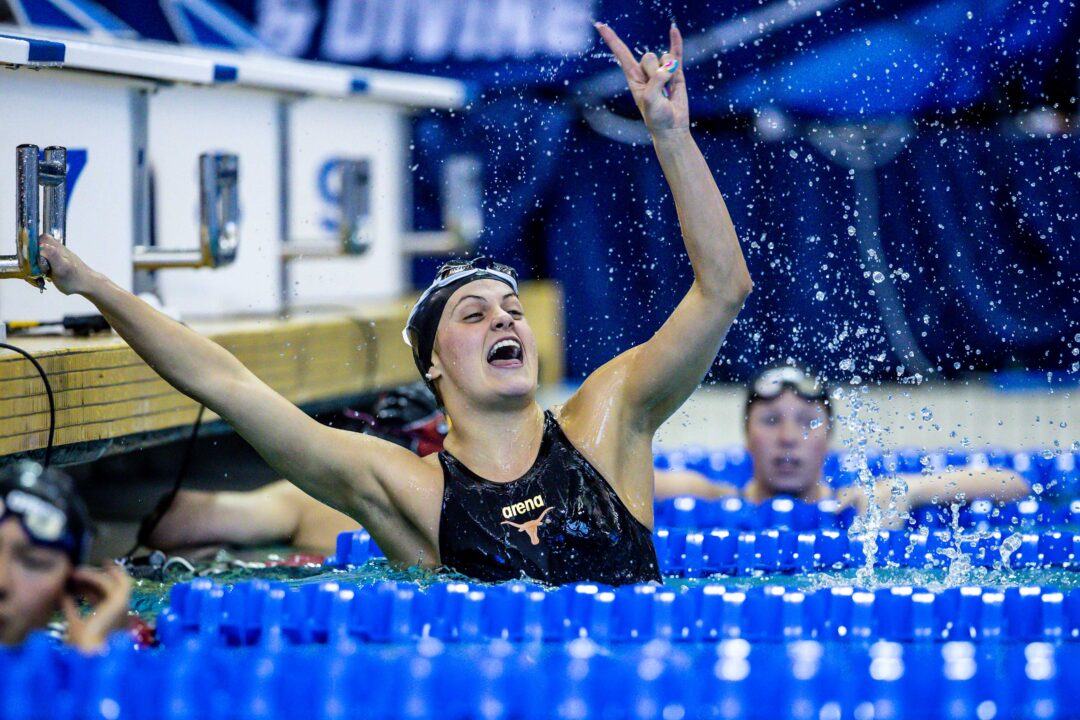 Sophomore Emma Sticklen dropped a second in the 200 fly to move up to the top seed for finals - important points in the Texas quest for second place. Current photo via Jack Spitser/Spitser Photography

Virginia continued to outperform on Day 4, leading all teams in prelims with 22.5 extra points. Much of that came in the 200 breast, where they secured the number 1 seed with Kate Douglass and put two more swimmers (Ella Nelson and Anna Keating) in the A final and one (Alexis Wenger) in the B final.

Louisville had a good morning, adding 14.5 points to their projections. The Cardinals are battling Cal, Ohio State and Michigan for sixth place, and they just might come out on top, as Michigan and Ohio State both had down mornings.

Texas is hoping to catch Stanford to earn the runner-up team award. The Longhorns added 13 more points than projected in swimming. Much of the excess came in the 200 fly, where Emma Sticklen, Kelly Pash and Olivia Bray finished first, sixth, and seventh in prelims. Texas also landed all three of their divers in the A final. Neither of Stanford’s two divers will score.

Yale’s Iszac Henig had a lifetime best in the 100 free to make the A-final and add 11 unexpected points to Yale’s tally.