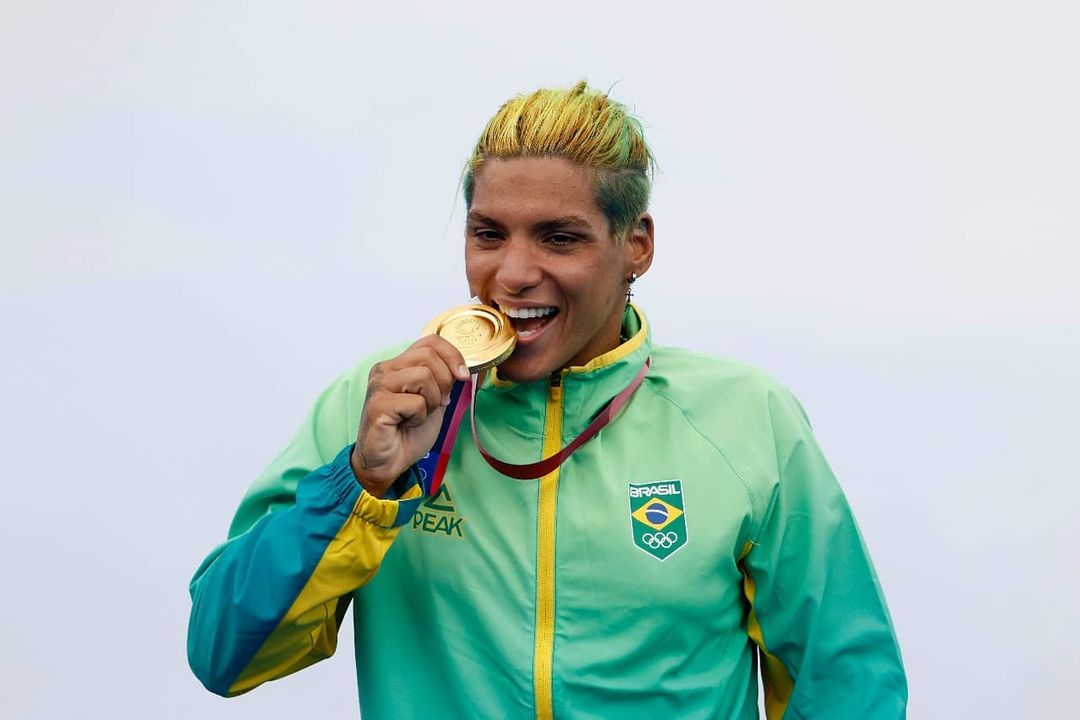 The term “GOAT” is thrown around a little too often these days. Many athletes who are simply “really great” are labeled “Greatest of All Time” to the honor of their greatness, but perhaps the determinant of the label.

But with her Olympic gold medal in Tokyo in the women’s 10km race, Brazil’s Ana Marcela Cunha is getting very close to taking that status for women’s open water swimming.

The sport hasn’t existed at the Olympic level for long enough to have many claimants to the throne. No woman, for example, has yet won multiple Olympic gold medals in open water, and only one, Sharon von Rouwendaal, has won multiple medals of any color.

Cunha, though, is as good as any woman we’ve seen at the competitive level of open water swimming. She has 5 World Championship gold medals, including titles at both the 5km and 25km distance, and she’s now got the 10km Olympic gold medal to go with it.

I’m not sure we can yet declare a true GOAT in competitive open water swimming in the Olympic era, given how relatively-raw it is in its development, but at present, the 29-year old Brazilian seems like she’s on track to challenge for the inaugural crowning. She has won 7 of the 11 FINA World Open Water Swimmer of the Year awards ever offered; and now with her 4th Swammy award, has surpassed van Rouwendaal for the same first place ranking.

If she can continue her run into the next quad and through to Paris, the title is hers for the taking.

It’s pretty neat that Brazilian men and women are known for completely opposite things. Can’t think of any other nation whose biggest stars are this contrasting