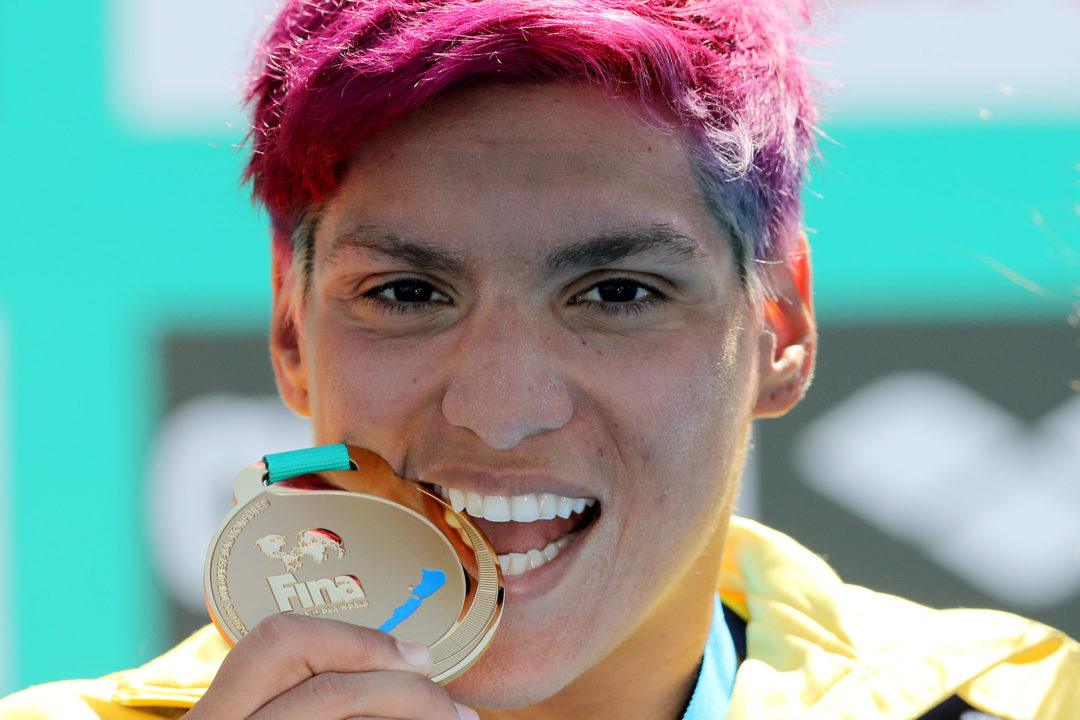 After coming back from a major surgery and a coach change to tie for the most-ever open water world championships medals won by a woman, Brazilian Ana Marcela Cunha is our 2017 Swammy Award winner for Open Water Swimmer of the Year. Current photo via Satiro Sodre/SS Press

Ana Marcela Cunha has been a huge name on the international open water scene for nearly a decade, making her major international debut as a 16-year-old 2008 Beijing Olympics, where she finished 10th in the 10km. Since then, she has gathered multiple South American Games and world titles.

Rio in 2016 was a bit of disappointment for Cunha, who went into her home Olympic marathon 10k as a favorite, but came out 5th.

This is all particularly impressive given the adversity that Cunha has faced in the past year. She had her spleen removed just a few days after the 2016 Olympics and only returned to serious training in January. Then, just seven weeks before Worlds, Cunha switched coaches, returning to Fernando Possenti, who she had previously trained with between 2013 and 2015.

Cunha continued to impress after world championships this year, winning the 10k at Brazilian Open Water Championships and finishing sixth in the mixed-gender field, ahead of many of Brazil’s top male open water swimmers.

I laughed, but something tells me it was wrong…