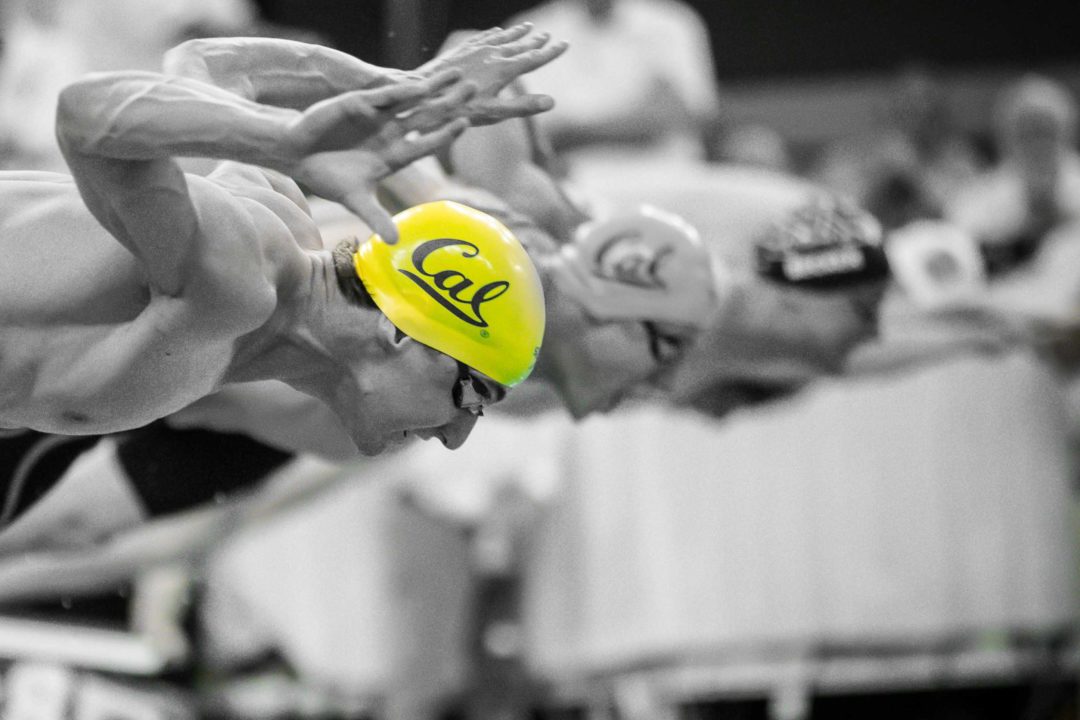 There are two intriguing storylines coming into the 50 freestyle at the 2021 Men’s NCAAs.

One is that Ryan Hoffer, the defending champion from 2019 and the #1 ranked swimmer in the nation last season prior to the NCAA cancellation, is on the cusp of entering rarefied air if he can repeat in the event.

The other is the influx of underclassmen we saw break 19 seconds during conference season — including four freshman — and what they can do with that momentum in the biggest meet of their young careers.

Recent history shows just how difficult it is to repeat in the men’s 50 free if your name isn’t Caeleb Dressel.

So, can Hoffer get the job done? By the numbers, he’s facing the most elite field in history, with seven men going 18-point prior to NCAAs. But given his propensity to drop from Pac-12s to NCAAs in each of his first two years, coupled with the fact that his 18.81 last month was the fastest he’s ever been at a conference meet, he’s going to be tough to beat.

History tells us it’s a rare feat for a freshman to go under 19 seconds. I guess this year’s class didn’t get the memo.

It’s unprecedented both to see this many freshman go sub-19 and this many swimmers to do so prior to NCAAs.

Prior to the conference championship explosion, none of the six underclassmen had broken 19.2, with Chaney’s drop (19.51 to 18.76) the most drastic. The question then becomes who can recreate this swim at NCAAs — and can anyone go better?

Matt Brownstead at the 2021 ACCs. (Photo by Jaylynn Nash, the ACC)

The one that jumps out is Seeliger, who only has a handful of SCY 50s under his belt having come over from Sweden at the beginning of the season. We know Cal wasn’t fully rested for Pac-12s, and the same can’t be said for some of the other teams. For example, Kieran Smith openly said Florida was rested and shaved as they gunned for the SEC title.

Seeliger’s also already 21 years old, perhaps giving him an even greater edge over the others. At least this season, his ceiling seems a bit higher than the rest of the first and second years. His 18.38 relay split reinforces that.

Another thing we can look to is consistency — Chaney went 18 three times at SECs, Seeliger and King did so twice, and the rest only did so once. That lets us know that they didn’t have to have the perfect swim to get there, they were able to recreate it, and thus have a better chance of doing so again this week.

Pittsburgh’s Blaise Vera has consistently been in the mix in this event, placing 25th in 2019 and ranking ninth in the country last season (19.10) before hitting a lifetime best 19.03 at ACCs.

Perhaps flying under the radar a little bit is Texas’ Daniel Krueger, seeded 10th at 19.10. His best event is clearly in the 100, where he’s now been sub-42 eight times (including twice this season), but the junior seems too good not to be the 18s sooner or later.

Other factors include juniors Sem Andreis of OSU and Jack Franzman of Indiana, who both hit respective bests of 19.05 and 19.14 in early March. Sophomores Haridi Sameh (Louisville) and Joseph Armstrong (OSU), along with stud freshman Youssef Ramadan (Virginia Tech) are three others to keep an eye on after going 19.1s during conference season.

Seeded down in 21st is Michigan’s Luiz Gustavo Borges, son of 1995 champion Gustavo Borges, who placed 15th in 2019 and then was ranked eighth last season in 19.09. He’s someone who likely has more in the tank than his 19.31 seed suggests.

Darkhorse: Gabe Castano, Penn State – Penn State impressively has three men seeded inside the top 25 in this event. Sitting at 25th is senior Gabe Castano, who narrowly missed a second swim at NCAAs in 2019 (17th) before dropping a personal best time of 19.06 at last season’s Big Tens – ranking him fifth in the country – only to have the national meet cancelled. The #2 ranked returner from last season behind Hoffer, he’ll have a great chance at the ‘A’ final if he can lean on his experience and be right on his PB when it matters most.

RE: Florida being not tapered for SEC’s. Come on. I remember the same claims 15 years ago when Lochte set some American records at SEC’s. And he barely dropped time at NCAAs. This is nothing against Florida, it is just fact. A team that drops significant time from in season at their conference meet is NEVER “barely tapered” for said conference meet.

He plateaued a bit for his first few years at Cal and said he was set up really well last year, but it got canceled. I’m sure he wants that redemption, and coupled with his senior year I don’t think anyone is more fired up to do well than he is.

It’s still just a 50 tho, so anything could happen. These freshmen are another breed, and I could easily see one of them upsetting Hoffer.

I smell an upset

Some other freshman in B Final territory

Ramadan of VT, Benson of Wisconsin, and Houck from Penn State all coming off huge drops

Chaney wins every year and secures the Florida 8-peat

Hoffer won in 2019. Florida could potentially have 2 4 peats in 9 NCAA championships, but they won’t have 8 wins straight regardless of what happens here.

Has to be Hoffer