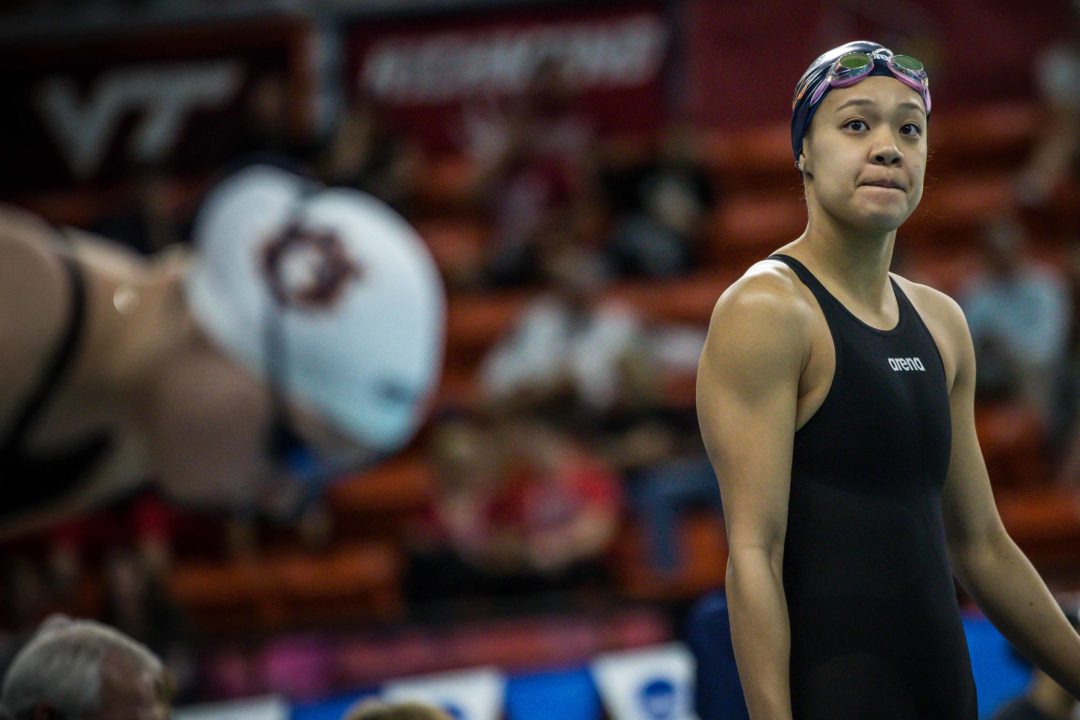 Virginia's Morgan Hill (above) will swim the 100 fly as the #4 seed instead of the 200 free as the #2 seed on Friday at the ACC Championships. Archive photo via Jack Spitser/Spitser Photography

Virginia clung to a 27.5 point lead over NC State after 2 days of the 2020 ACC Women’s Swimming & Diving Championships, which is a 107-point improvement (relative to the Wolfpack) over where they were after 2 days last season.

Other Notable Choices from Day 3:

What happened to Pittsburgh? After Smashing Ohio State and Dominating the Western Pennsylvania Colleges, I expected a lot more than just three swims in finals.

Abby Richter, Ella Nelson and the return of Erin Early should reverse the landslide that the 400 IM was for the Pack in 2019.

Should be a winning recipe!!