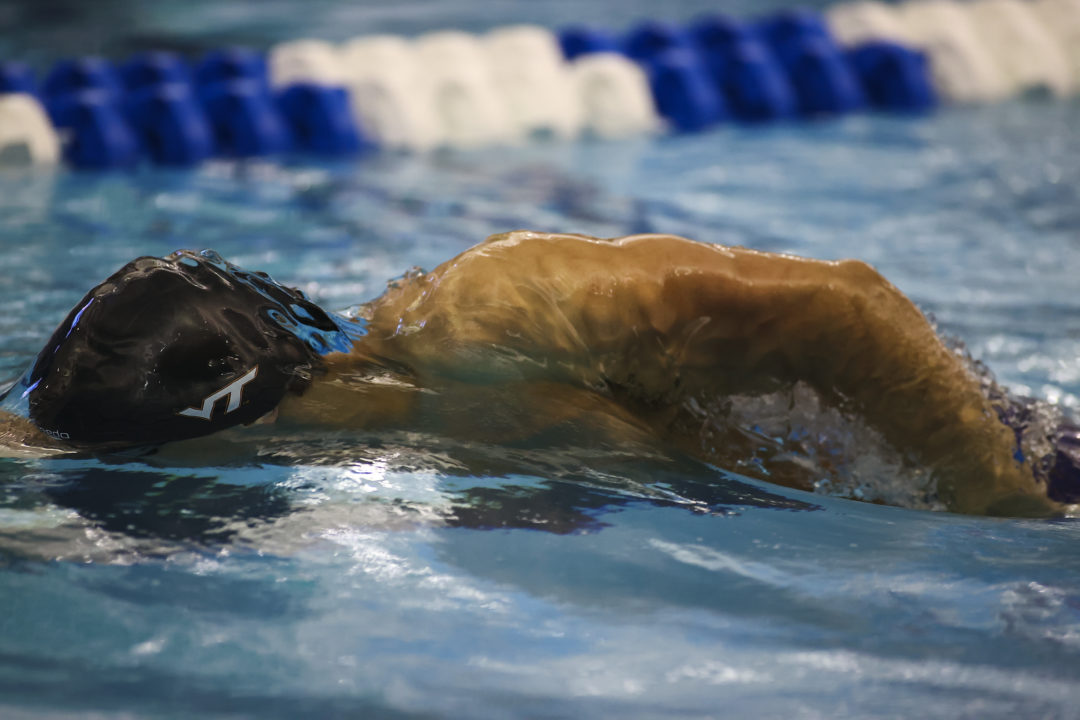 Heat sheets for the final day of the 2021 ACC Men's Championships reveal a few interesting choices for the top teams as they vie for the title. Current photo via Photo by Jaylynn Nash, the ACC

Virgina Tech junior Blake Manoff will forgo the 200 fly, an event in which he finished 2nd last year, for the 100 free, on the final day of the 2021 ACC Championships. Manoff has been a key part of a Hokie squad that’s come out swinging this week, as he scored 53 individual points on a tough 100 fly/200 free double and has been part of three Virginia Tech relays.

Georgia Tech’s Kyle Barone was the only other swimmer seeded in the top 24 of the 200 fly to scratch that event, and that’s no surprise, as he’d already swum the max three events.

The heat sheets for tomorrow also show a number of NC State swimmers who were seeded in the top 24 won’t swim tomorrow, and again, no surprise there as none of them had competed this week. Teams can enter more than 18 swimmers, but only 18 can actually swim at the meet, so NC State had several swimmers who were entered but fell victim to the cap.

In the 100 free, #4 seed Nick Albiero of Louisville will not swim tomorrow, instead opting for the 200 fly, where he is the three-time defending champion. Virginia Tech’s Carles Coll Marti, the #5 seed, will instead swim the 200 breast, where’s he’s the #3 seed. UVA’s Will Cole, the #22 seed, will swim the 200 back, where he’s the #6 seed.

Several swimmers will be pulling doubles tomorrow, including most notably NC State sophomore Ross Dant, who will swim both the 1650 free and the 200 back, as he did last year, where he finished 3rd and 8th in those two events.

Besides the actual scratches, one important thing about tomorrow’s heats sheets is that they tell us exactly how many swims (i.e., opportunities to score) each of the top teams has left.

After NC State drew a DQ on their 400 medley relay tonight, Louisville now has a 25 point lead over Virginia Tech and a 65 point lead over NC State. But NC State has a few more opportunities to score tomorrow, as they have 21 swims, versus 19 for Virginia Tech and 17 for Louisville (and 17 for UVA as well, although at 629 points, they’re probably too far back to get back into the running tomorrow).