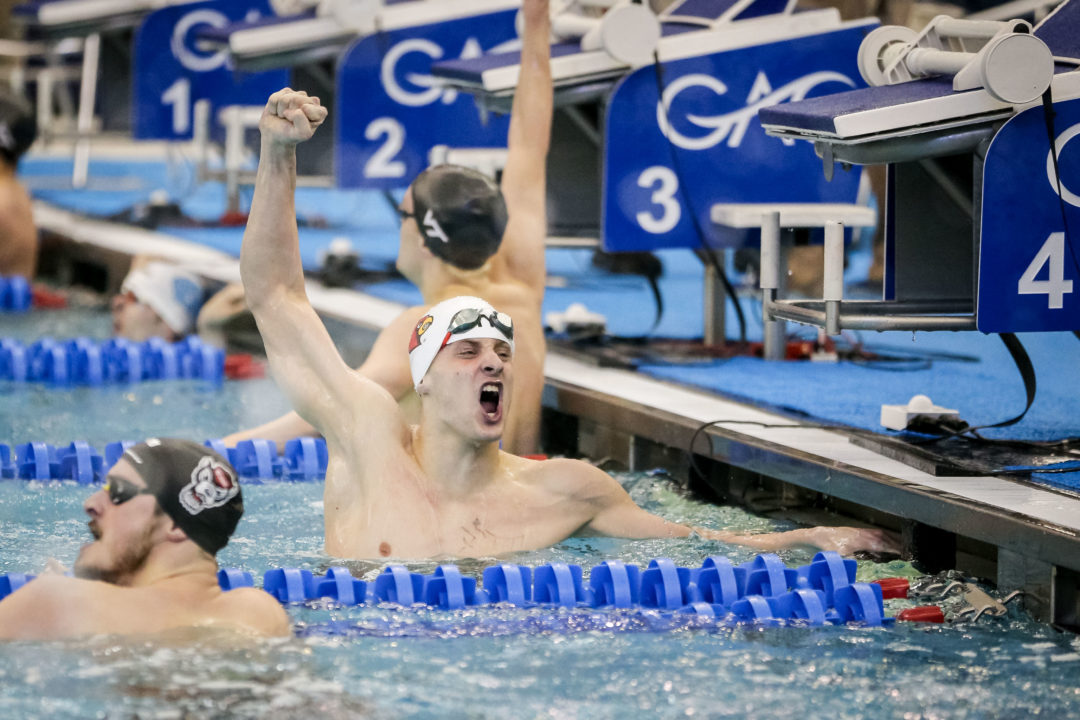 With so much going on, SwimSwam wants to provide a quick snapshot at the highlights from yesterday’s collegiate conference meets. Current photo via Karl L. Moore

With all 5 “Power” conferences in action, plus a number of mid-majors in action, there’s a lot of swimming to keep up with this week. With so much going on, SwimSwam wants to provide a quick snapshot at the highlights from yesterday’s collegiate conference meets.

Virginia Tech freshman Youssef Ramadan kicked-off the session by swimming one of the fastest 100 butterflies in history, posting a time of 44.32 to move to #5 all-time in the event. His performance also smashed the conference record of 44.46 that was set by Coleman Stewart in 2019.

Louisville senior Evgenii Somov also set a meet record, winning the 100 breaststroke in a time of 51.03. His performance took down Brandon Fíala’s ACC record of 51.30 as well.

Michigan’s Olivia Carter lowered her Big Ten record in the 200 butterfly by over a second, finishing in a time of 1:52.17. Carter crushed the field, finishing almost 3 seconds ahead of runner-up Miriam Guevara. Ohio State still holds the lead in the team competition over Michigan.

Florida International leads the meet by a score of 630.5, only 4 points ahead of Rice University. The two teams will battle for the top spot on the final day.

Stanford and Cal still remain in a tight team battle with one more day left in the championship. Individually, Stanford’s Brooke Forde had two podium finishes. First, Forde won the 400 IM, swimming a time of 4:02.57 to come just above a second off of her winning time from last season (4:01.53). Two events later, Forde was back in the water for the 200 freestyle, where she finished 3rd in a personal best of 1:44.39.

Two of the top-10 swims in history occurred during the final session of the SEC Championships. In the 1650 freestyle, American record-holder Bobby Finke swam the 2nd fastest time in history, finishing .1 away from his American record in a time of 14:12.18. Then, in the 200 backstroke, Texas A&M’s Shaine Casas put up a time of 1:36.85, marking the 9th fastest swim in history.

Olivia Carter has been dominating the field her whole career. Can’t wait to see what the future holds for this girl.