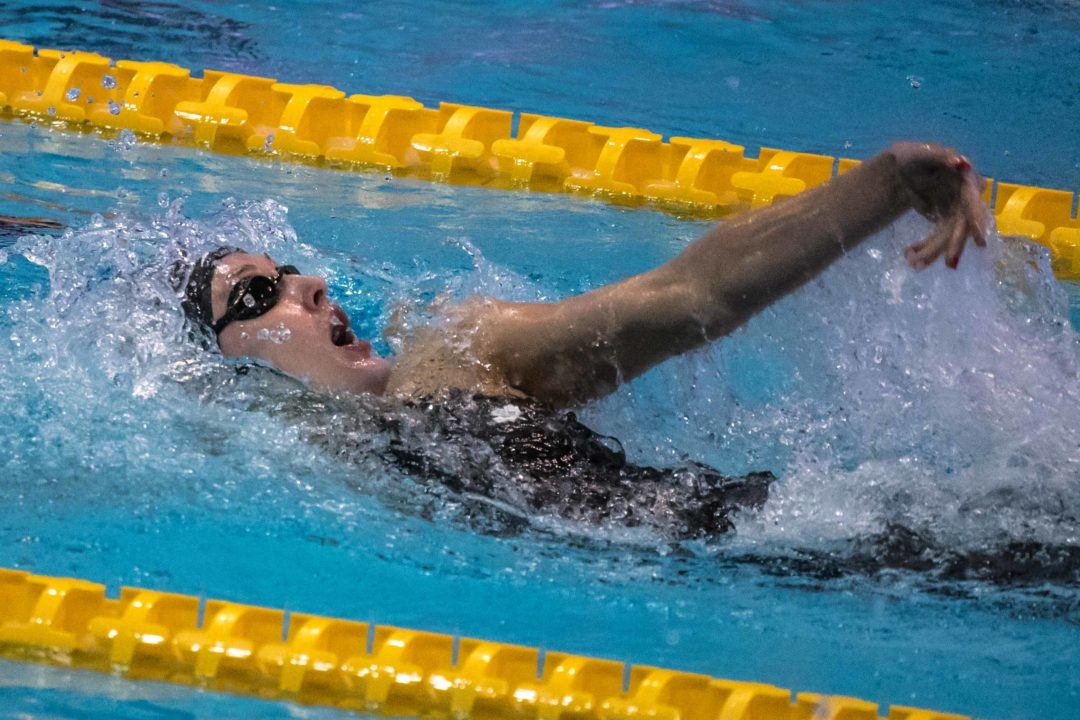 This year, among many incredible female junior swimmers, Canadian Taylor Ruck has stood above the rest. Archive photo via Mike Lewis/Ola Vista Photography

We’re well past the half-way point between the 2016 Rio Games and the 2020 Tokyo Games, and as chatter grows about medal favorites, underdog chances, and so on, more eyes are trained on the future of the sport. A year and a half can make a world of a difference for a swimmer of any age, but it can really have an impact on elevating a young standout to a dominant champion.

This year, among many incredible female junior swimmers, Canadian Taylor Ruck has stood above the rest.

Ruck peaked for two monumental wins this year, taking gold in the 200 free at the 2018 Commonwealth Games and then, arguably more impressively, won gold in that same event at the 2018 Pan Pacs. Most notable about that latter swim was her defeat of Katie Ledecky, the best distance freestyler in history, Allison Schmitt, the Olympic record holder in this event, and Rikako Ikee, a fast-rising Japanese talent who is currently one of the best 200 freestylers in the world.

No Regan Smith! Not even HM?!

Regan Smith ought to be there!