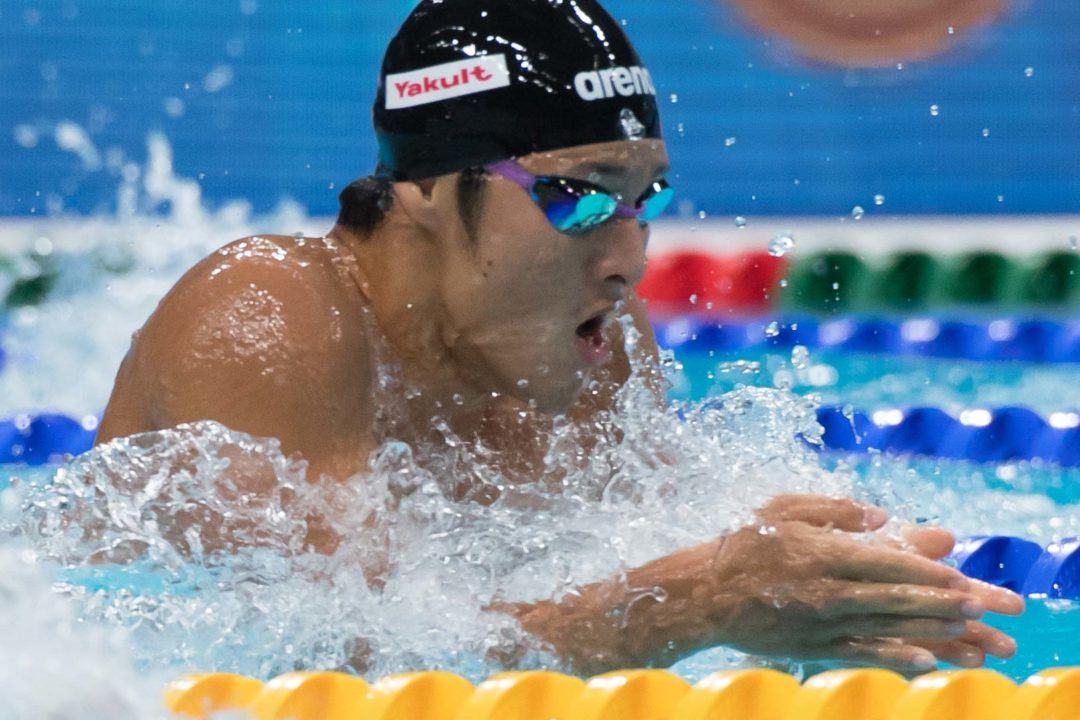 Japan’s famed National Team coach Norimasa Hirai has earned SwimSwam’s Swammy for Asian Coach of the Year for the 2nd consecutive year, but this time he shares the honor with Takayuki Umehara of JSS Swimming School.

As National Coach, Hirai has also had a hand in Daiya Seto‘s impressive performances this year, while his Seto’s personal coach Takayuki Umehara was on-hand in Hangzhou during Seto’s breakout swim.

Seto won the 200m fly at the Pan Pacific Championships as well, while also taking 200m fly/400m IM gold at the Asian Games. In Hangzhou, Seto would also notch 400m IM gold to follow-up on his World Record.

For Ohashi’s part, the 23-year-old doubled gold in the 200m and 400m IM at the Pan Pacific Championships, after also topping the 400m IM podium in Jakarta at this summer’s Asian Games.

Aoki took bronze in the 100m breast at Pan Pacs and was also a multiple medal winner in Jakarta.

Another stud in Hirai’s stable, reigning 200m breaststroke World Record holder Ippei Watanabe, took gold in his signature event at the Pan Pacific Championships, while also nabbing a trio of silvers in Jakarta.