2018 Monday Preview #3: Which NCAA Meets to Pay Attention to This Week 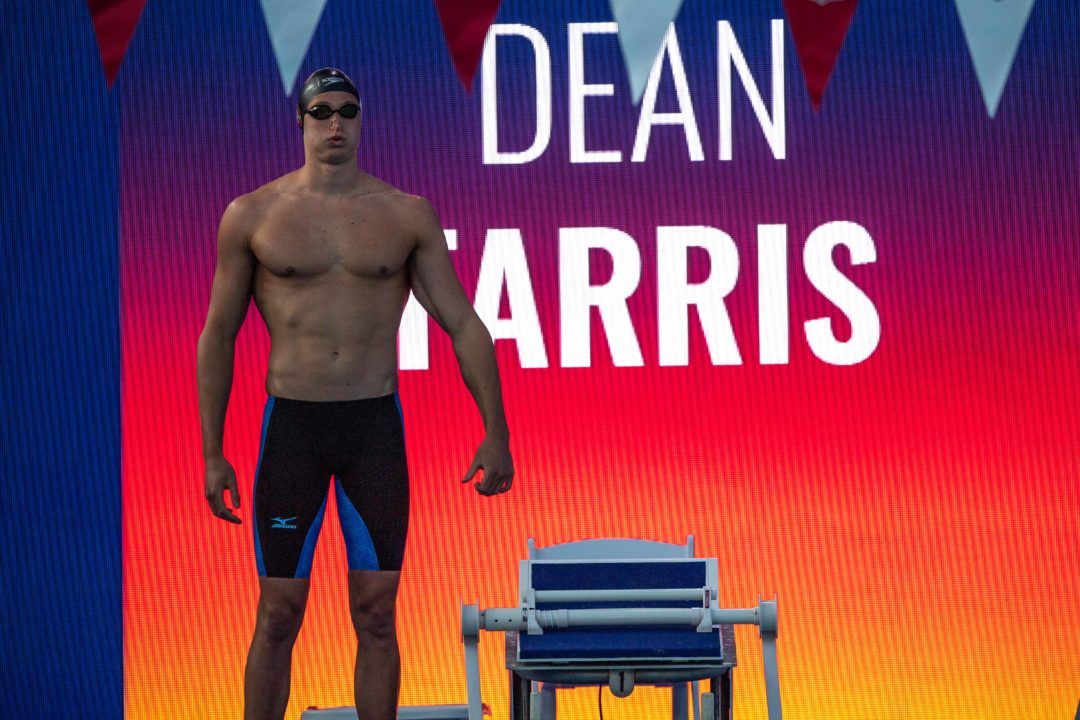 Sometimes, there are too many meets to focus on in one week of the NCAA season. With all of the... Archive photo via Mike Lewis/Ola Vista Photography

Sometimes, there are too many meets to focus on in one week of the NCAA season. With all of the racing going on across the country this week, zone in on a few big ones that should produce fast swimming, great races, and more intrigue.

We’ll be previewing each week with at least a few great meets, typically on Mondays, through the rest of the fall semester and then again on through January. Let us know in the comments about other meets we didn’t talk about here, and why we should pay attention to them!

Why you should pay attention: Former NC State coaches Todd Desorbo and Gary Taylor have since split from the Wolfpack and are now heading their own programs. Not only are both UVA and Auburn programs with rich and successful histories, but they’ll clash in a two-day dual this weekend. Taylor’s Auburn women kicked off the season with a win over FGCU, but we’ve yet to see their men race this year.

Desorbo mentioned this weekend that October is one of the heaviest months of training in their entire year plan, but that “our goal is to get better week to week and dual meet to dual meet.” The ‘Hoos have showed a lot of strength this year so far, but it’ll still be a friendly battle between coaches and two great teams.

Why you should pay attention: We get first looks at the 2018-19 Tennessee squad, led by star sprinters Erika Brown and Kyle Decoursey. Brown had a breakout season last year, so expectations are high for how she’ll perform as a 2019 NCAA title contender in multiple events. Plus, it’s always exciting to see World Championships gold medalist Mallory Comerford in action.

Why you should pay attention: The Sun Devils will fly across the country for this one, taking on an FSU team whose women just upset the Lindsey Kozelsky-less Minnesota Gophers on the road. The ASU women have only faced Oregon State this year, while it’ll be the men’s first test of the season. ASU will have to pare down their men’s roster, which picked up many a transfer and freshman over the summer, for what should be a good match-up with the Seminoles.

Why you should pay attention: Dean Farris.

Why you should pay attention: Georgia and Florida are two marquee programs in the SEC and in the country at-large, so their dual meet will always be interesting. Looking into the folds, the UF men had a comeback win in their two-day meet with Texas and Indiana, defeating the defending NCAA champs Texas by a mere 3 points. Their freshmen have been really impressive, and leadership from Maxime Rooney and Khader Baqlah has been absolutely essential to their success in the post-Caeleb Dressel era.

The UF women are also on an upward trend after a rough patch, with freshmen Mabel Zavaros and Vanessa Pearl providing much-needed support thus far in the year. The Georgia women faltered in their season opener with Arkansas, losing the 200 medley relay, both sprint free events, and both breaststroke events, albeit defeating the Razorbacks in team scoring. Pieces are still in place for the Bulldog women, but things are a bit discombobulated.

We’ll see this weekend if Kacper Stokowski and Eva Merrell are back to racing, too. Stokowski swam UF’s opener, and Merrell hasn’t logged a time since 2017.

Someone tell dean to watch out for that Andrew Ferrell kid

What about Jonathan batista!!!

Alabama Vs. Tennessee looks to be a huge top 25 matchup on the mens side as well.

Bama swimming and diving will do about as well against the UT DIVE and swim team as UT football did against Bama footsieball.

Like everything else superlative about Dean Farris, you can only hope to get kinda, sorta close. It’s okay though, that’s the best we can all hope for.

He’s using mizuno now? You can already tell that he will train at Texas after finishing school at Harvard.

He already *has* trained at Texas, so that wouldn’t surprise me in the least.