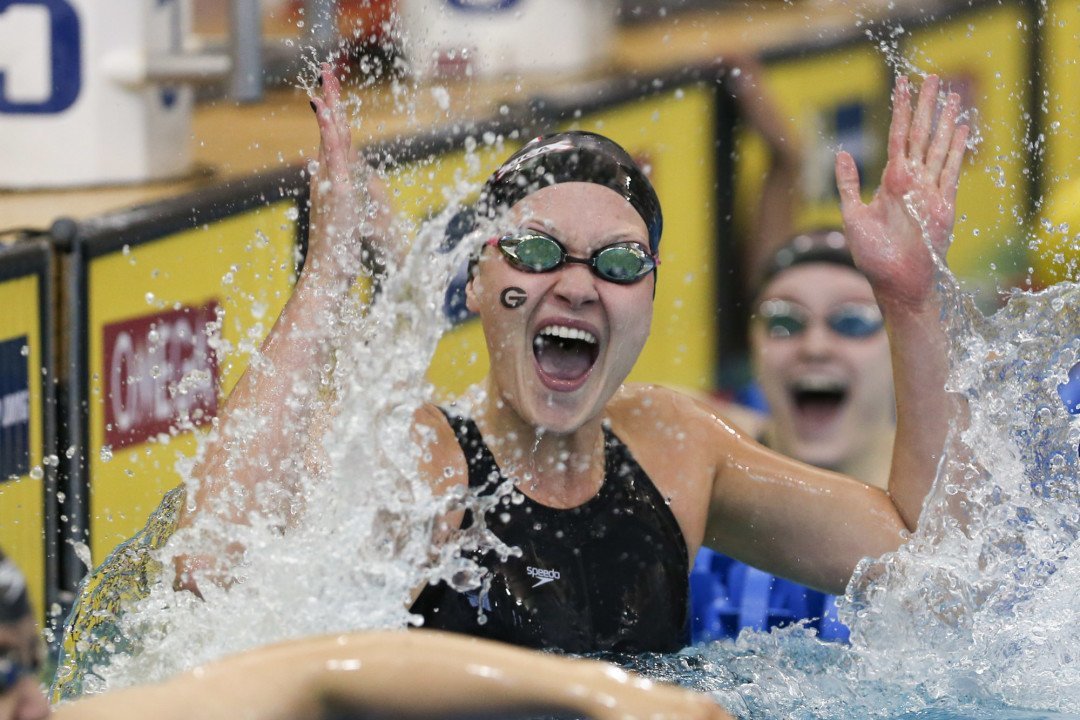 The women’s splash-and-dash at the 2017 NCAA Championships brings a highly anticipated battle between Simone Manuel, Abbey Weitzeil, and Olivia Smoliga. After taking a redshirt last season to focus on long course, Stanford’s Manuel, the Olympic silver medalist in the 50 meter free, leads the nation heading into the meet. Not far behind, though, is American Record holder and Cal freshman Weitzeil, who has been as fast as 21.12 in her career. Georgia’s Smoliga has been within a tenth of that. She’ll be looking to defend her title after setting the NCAA Record at 21.21 at last season’s NCAA meet.

Aside from those 3, we can’t rule out Cal’s Farida Osman and Ohio State’s Zhesi Li, who have each been 21-low this season. Osman boasts a personal best 21.32 from the 2016 Pac-12 meet, which makes her a potential title threat. Li is also a big contender for a top 3 spot after tying her lifetime-best 21.48 at the 2017 Big Ten Championships. At last season’s NCAAs, Osman and Li finished 2nd and 3rd respectively.

Also entering with sub-22 best times from conference meets is Arizona’s Katrina Konopka, who represents Team USA internationally, as well as UCLA’s Linnea Mack, USC’s Anika Apostalon, Alabama’s Bailey Scott, and NC State freshman Ky-Lee Perry. Any of these women could make it into the top 8 depending on who brings their A-game in prelims. Georgia’s Chantal Van Landeghem, Wisconsin’s Chase Kinney, and UNC’s Caroline Baldwin are all top 8 threats as well.

Is Weitzel okay? Was what happens at Pac-12s just one random incident?

Women’s 100 butterfly as well, 9 women under 51.00 this year
might be the biggest toss-up of the meet