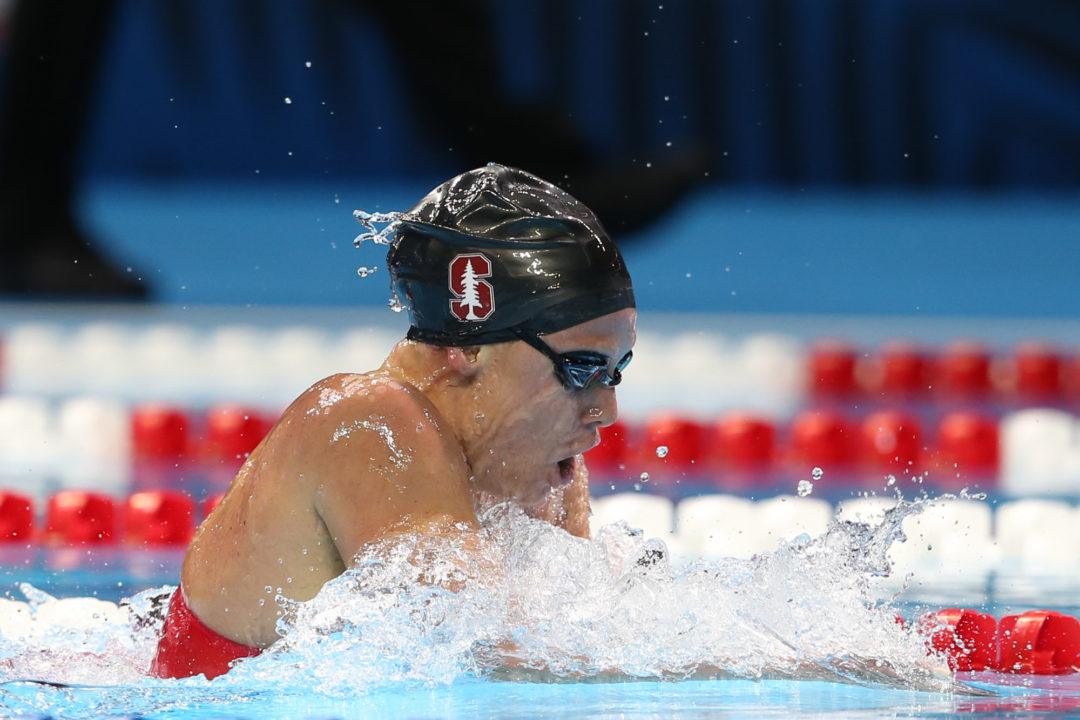 In the 400 IM, Eastin will look to take down the American Record of 3:57.68, which was set by teammate Katie Ledecky at last month's Pac-12 Championships. Archive photo via Tim Binning/TheSwimPictures.com

Defending champion Ella Eastin, a Stanford sophomore, will be chasing one of her teammate’s record at the 2017 Women’s NCAA Championships. In the 400 IM, Eastin will look to take down the American Record of 3:57.68, which was set by teammate Katie Ledecky at last month’s Pac-12 Championships. With her lifetime best 3:58.40, she’s already within a second of that, and will look to own both IM records if she can drop down from her time.

Eastin is the only swimmer entered in this event who has been below 4:00 in her career, but Texas’ Madisyn Cox could accomplish that feat in Indy. Cox, who placed 9th at 2016 NCAAs, has lowered her best time down to a 4:01.15 this season, and will very likely compete for a top 3 spot this time around.

It took a 4:07.60 to qualify for the championship final last season, but it could be significantly harder to do so this time around. That time would enter as the 20th seed, and it took a sub-4:05 to get a top 8 seed heading into the meet. Tennessee freshman Meghan Small has the 8th slot right now with her 4:04.93 from SECs, while Virginia Tech freshman Reka Gyorgy (4:04.97) is a nail behind as the 9th fastest swimmer in the nation this year. Between those two and Stanford freshman Allie Szekely (4:02.34), we could see several new faces in the championship final field.