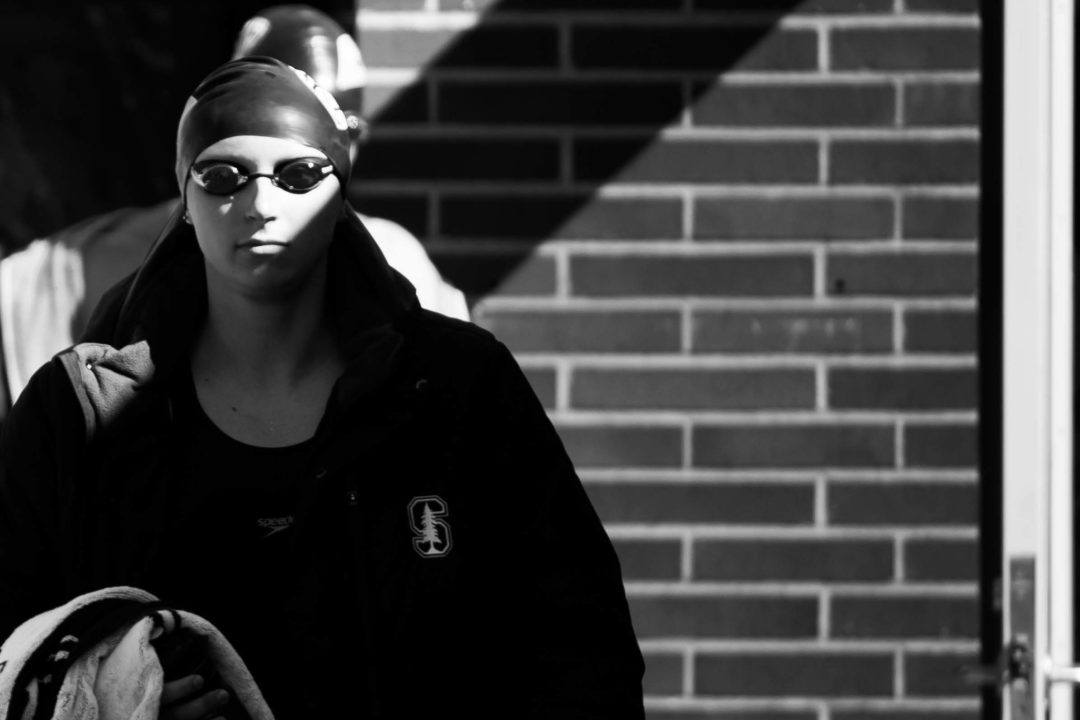 To see all of our 2017 Swammy Awards presented by TYR, click here.  2017 U.S. FEMALE SWIMMER OF THE YEAR:... Archive photo via Mike Lewis/Ola Vista Photography

A star is marked by their ability to win, even when they aren’t competing at their best. Katie Ledecky, who was notably off of her lifetime bests this summer in Budapest at the 2017 World Championships, was dominant nonetheless.

Ledecky also won the 500 yard free and 1650 yard free NCAA titles by significant margins, while tying with Mallory Comerford in her third event, the 200 free.

Congrats to KL and the other girls on an amazing year.

Considering the results in the most important event of the year, Kathleen Baker, silver medalist in the 100 back and bronze medalist in the 200 back at Worlds, surely deserved at least a mention (Comerford has had an amazing season but already considered in the breakthrough category).

Considering the level of performances made in the right moment (2 WRs), the level of opponents defeated (particularly Efimova) and the “heat” of races, Lilly King’s year, in my opinion, deserve more than “an honorable mention in no particular order”.

Y’all need to put some respeck on Kathleen bakers name

To clarify as an honorable mention not over ledecky