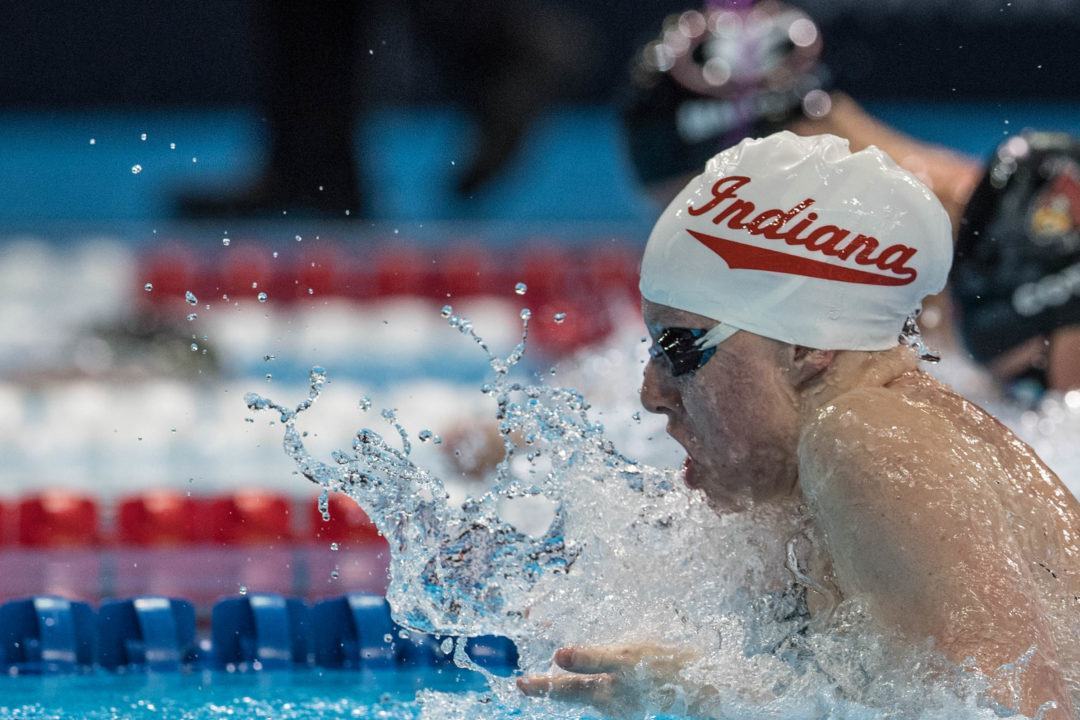 Olympic gold medalist Lilly King is the top seed in tonight's women's 200 IM at the Big Ten Championships. King and the Hoosiers are looking to keep pace with the Michigan Wolverines. Archive photo via Mike Lewis/Ola Vista Photography

Building off their record-setting performance in the 800 free relay last night, the Michigan Wolverines put together a strong Thursday morning session that included three A-finalists in the 500 freestyle, including Big Ten record holder G Ryan.  Neck-and-neck with the Wolverines are the Indiana Hoosiers, who placed six swimmers in the top 16 of the 200 IM, with superstar Lilly King holding the top seed after prelims.  Wisconsin is also within striking distance, behind the star power of Cierra Runge and Chase Kinney.

Minnesota and Ohio State are looking to stay within striking distance of the top two teams.  The Buckeyes have plenty of star power, but may have a hard time competing for a team title without the same depth.  Minnesota is coming off a great session last night that included a Big Ten record in the 200 medley relay, and will also benefit more than any other squad on the boards; the Golden Gophers have three divers in tonight’s A-final.

You have MSU 1 finalist in the consolation but that should be given to Wisconsin.

Somthing’s off with the “total” math – looks like it doesn’t include diving… do the points?

Refresh your page, let me know if it’s fixed. Had to do a quick update after diving results came in and may not have come through in the original post