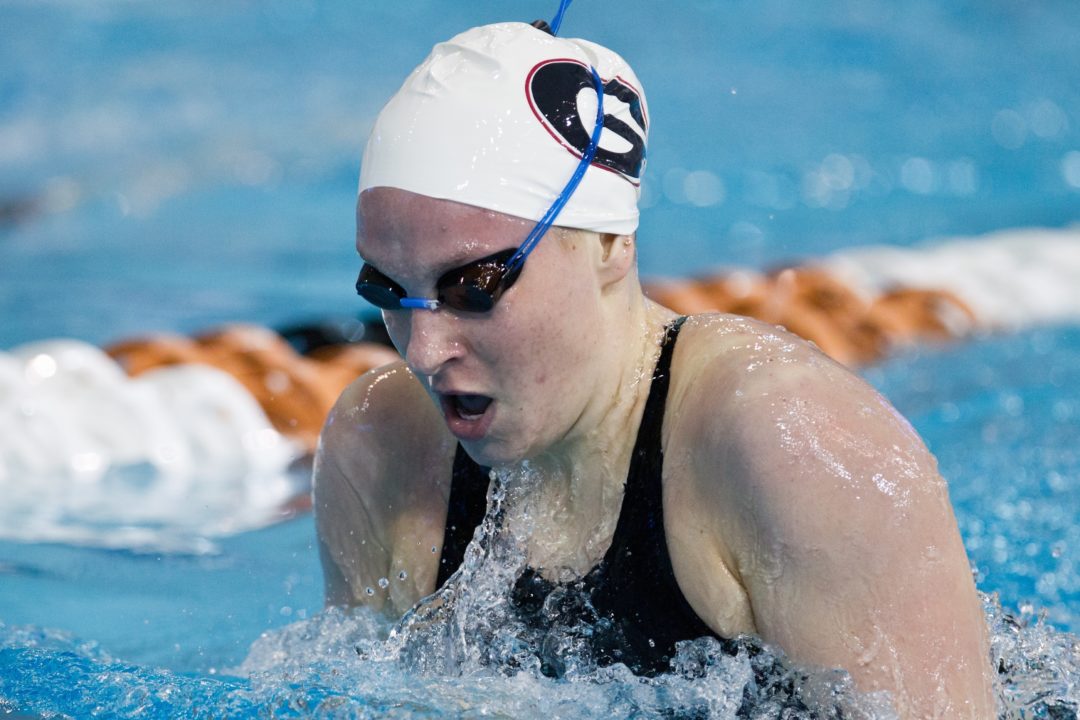 Melanie Margalis has had the best short course season of her career. Can she close our her collegiate years with an NCAA title? Archive photo via Tim Binning/TheSwimPictures.com 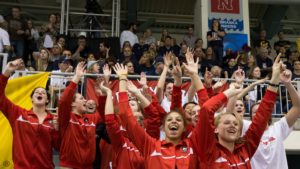 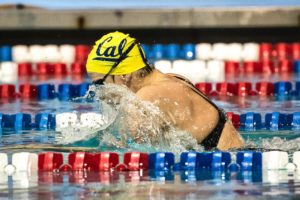 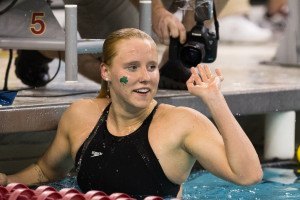 The first two individual events of the meet offer a stark contrast.  Opening the meet is the 500 free, which our own Annie Lepesant covered in outstanding fashion earlier this week, featuring an incredibly deep field.  It’s largely considered to be Missy Franklin’s race to lose, but there are actually five other girls with faster personal bests (Sarah Henry, Leah Smith, Stephanie Peacock, Amber McDermott, Shannon Vreeland).  Beyond that group, there are at least five other swimmers who could challenge for a top three spot (Brittany MacLean, Bonnie Brandon, and Cammile Adams are the most notable).  Another half dozen women are capable of getting into the A-final.

The race immediate following the 500, however, is a bit of a different story.  This really should be a [great] three-swimmer race between Maya Dirado, Elizabeth Pelton, and top-seeded Melanie Margalis.  Barring a DQ, a breakthrough, or a downright bad swim, there’s only two (Celina Li, Stina Gardell), maybe three (Emma Reaney) swimmers with any real shot at cracking the top three on paper.

None of that is meant to pull away any excitement from this event, especially since five of the names we just mentioned are representing teams with serious team title implications.  For Cal and Georgia, it will be about maintaining or reversing momentum from the 500 freestyle.  For Stanford, a team without anyone ranked in the top 30 in the 500, it’s a chance to get back into the overall team race.  Let’s run through some of the top seeds one-by-one:

Maya Dirado, senior, Stanford (1:53.50): Dirado’s seed time came from the Art Adamson Invitational last fall, where she swam a personal best to put up what was the top time in the country.  She has finished third each of the last two years at NCAA’s, but she put together the best season of her career last summer, crushing her previous bests in the 400 IM (cutting five seconds), 200 fly (eight seconds), and 200 free (1.5 seconds) to qualify for Worlds in three events for Team USA.  Had she not been DQed in prelims of the 200 IM, she likely would have swam that event in Barcelona, as well.

Elizabeth Pelton, sophomore, Cal (1:54.15): While Pelton hasn’t had a ton of success in this event in the long course pool since her 2:10.02 from December 2011, she did perform very well here last year as a true freshman, finishing second behind only teammate and NCAA record holder Caitlin Leverenz.  Pelton hasn’t been as fast up to this point in her first season with the Bears, but between her past long course success (her 2:10.02 is the third fastest amongst Americans since the beginning of 2010) and underwater prowess, she’ll challenge for a title once again.

Including her 1:43.0 relay split on the 800 free relay, Margalis has swam best times across all four strokes and both IM events.  The real question is how much more does she have in the tank?  Margalis has been right around her seed times at NCAA’s each of the last two seasons in her events.  To top Dirado and Pelton, she might need to be a little faster than her 1:52.87 seed.

Stina Gardell, senior, USC (1:55.60): Because she’s been competing against some of the biggest names in women’s swimming (Leverenz, Beisel, Pelton, Katinka Hosszu), Gardell has been one of the more overlooked athletes in the NCAA.  She has placed in the top 9 in this event each of her first three years, and is a near-lock for another top six finish here.

Celina Li, freshman, Cal (1:54.15): Li came into the season as one of the most highly-touted freshman in the country, and hasn’t disappointed.  In addition to claiming the fourth seed this weekend, she also won the 400 IM at AT&T Winter Nationals and has filled in as Cal’s #1 breaststroker on their 400 medley relay.  Given the seeding for Thursday, she’ll be swimming against Margalis and Gardell in what should be a fast final preliminary field.

Emma Reaney, junior, Notre Dame (1:54.92): Reaney is red-hot coming off her first ACC Championships, where she crushed the conference record in all three of her individual events.  Reaney is best known for her breaststroke abilities, but she’s won the consolation heat of this event at each of the last two NCAA’s.

Meghan Hawthorne, senior, USC (1:56.62): Don’t let the seed time fool you; Hawthorne has made a habit of flying under the radar prior to NCAA’s, swimming season bests in prelims to earn spots in the A-final each of the last two years in this event.  In addition, she’s coming off a great summer where she earned a silver medal at the 2013 World University Games in the 400 IM to earn a spot on the U.S. National Team for the second year in a row.

Erica Dittmer, senior, Texas A&M (1:55.58): After a so-so finish to her junior campaign, Dittmer has made the leap in her final year, cutting nearly a second and a half off her previous best time.  She has one of the more interesting meet lineups overall, competing in back-to-back individual events on day one (200 IM, 50 free).

Tanja Kylliainen, junior, Louisville (1:56.34): Like Margalis, Kylliainen has spent the 2013-2014 dropping significant time in her best events.  The Towson, Maryland native has a good NCAA track record, too, swimming faster than her seeds in this event her first two years at this meet.  She finished 14th overall last year, but could very easily bump Dittmer or Hawthorne for a spot in the top 8.

Ellen Williamson, junior, Virginia (1:56.13): Williamson has thrived in her first year under Augie Busch, cutting nearly a second off her personal best earlier this year to earn the eighth overall seed.  From the looks of her ACC performance (she was a little off her season bests in the 200 IM and 200 back), she will have some left in the tank for a good NCAA meet.

Top 8 Picks with Seed Times: The top three here should be incredibly close.  Margalis is having the best season of her career, Dirado has been arguably the best IMer in America for the last 10 months, and Pelton was the runner-up a year ago at this meet (behind only the now-graduated Caitlin Leverenz).  Margalis has been great all year, but Dirado has had a knack for showing up when it counts.  Given who wrote this article, you shouldn’t be surprised with this pick…

Darkhorse: Annie Zhu and Cari Blalock… Both scored in multiple events at NCAA’s a year ago, including the 200 IM, with Zhu finishing 11th for Georgia and Blalock finishing 10th for North Carolina.  Zhu wasn’t great here in 2013 as a true freshman, but another year of experience, combined with what looks like a different game plan from the coaching staff (she safely qualified for the meet, but didn’t swam as fast early in the season this year) should be good for her.  Blalock exploded here last year, swimming nearly three seconds under her seed in the 200 IM, and also qualifying for the A-final in the 200 fly.

I guess when the field is this close you stick with your team, I had trouble picking this one myself and there is no reason why Dirado can’t win this one.

You don’t think Li has a chance of beating Pelton? I haven’t followed that closely, but as accurately as I can recall, she’s beaten Pelton in every race this year, outsplitting her on fly, breast, and even back before barely holding her off on free.

Sticking with my team, I think this is the year for Melanie Margalis!