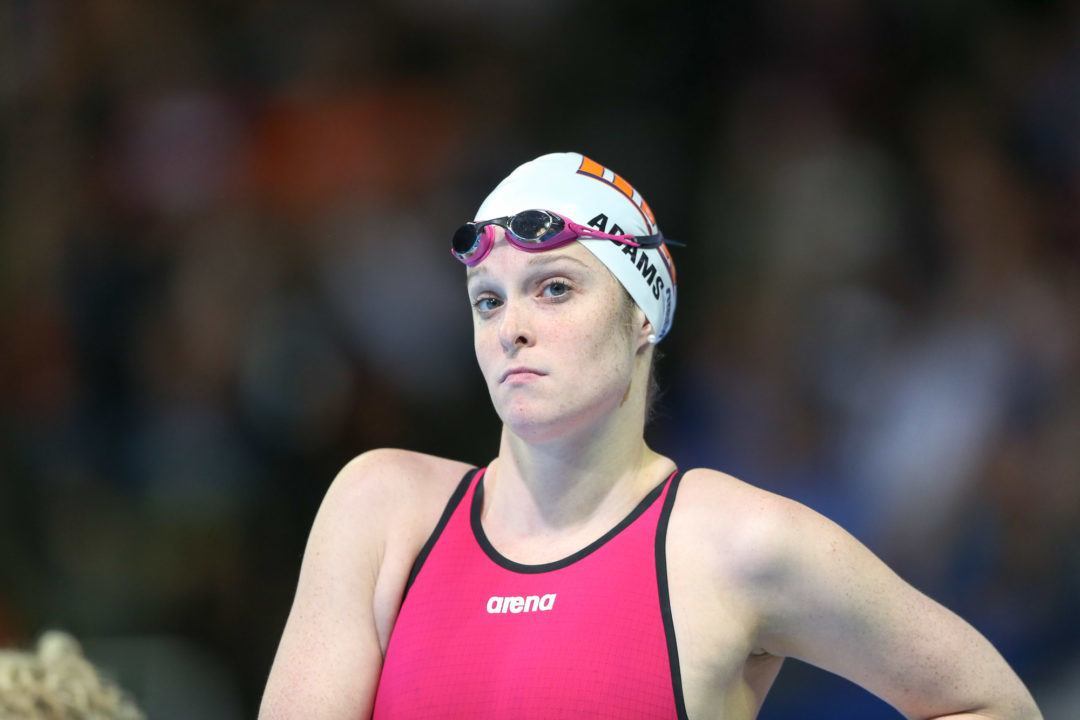 Two-time US Olympian Cammile Adams is one of three swimmers on the ballot for a seat on USA Swimming's Board of Directors this weekend. Archive photo via Tim Binning/TheSwimPictures.com

Two seats on the USA Swimming Board of Directors are to be filled this weekend as the House of Delegates are set to elect the successful nominees. The two positions available are At-Large Director and Athlete Representative.

The former will be voted upon on September 26th at 10:00 am ET by the House of Delegates, with an electronic vote running from September 19th-25th to decide the latter. The outgoing members whose terms are expiring are Davis Tarwater and Tom Ugast.

Of the 6 nominees, 5 of them are women. Those that have been vetted and recommended for the At-Large position have all served on numerous board of directors for  in the past.

The women going for the athlete representative seat have all won World or Olympic medals, each of them having an extensive swimming background.

Hopefully, they get people on the board with a “spine” that actually have morals and ethics and will work on behalf of the members and coaches. The past board of USA Swimming has wasted millions of dollars of membership money, not been transparent and have been sleazy, corrupt and easily influenced by people like Chuck Wielgus, Pat Hogan and Rich Young.

I’m pretty tough on FINA for corruption, especially allowing lobbyist Dale Neuberger on its board and allowing Russia to compete despite proof of systemic government cheating. That being said, all of these candidates look EXCELLENT. I would be happy with any of them. Good job nominating committee.

I hope they focus on clean sport and protecting the innocent athletes, including international competition. I also hope they can draft something for the NCAA to address regarding young athletes like REGAN SMITH who should not have to make a choice between competing collegiately and going pro.