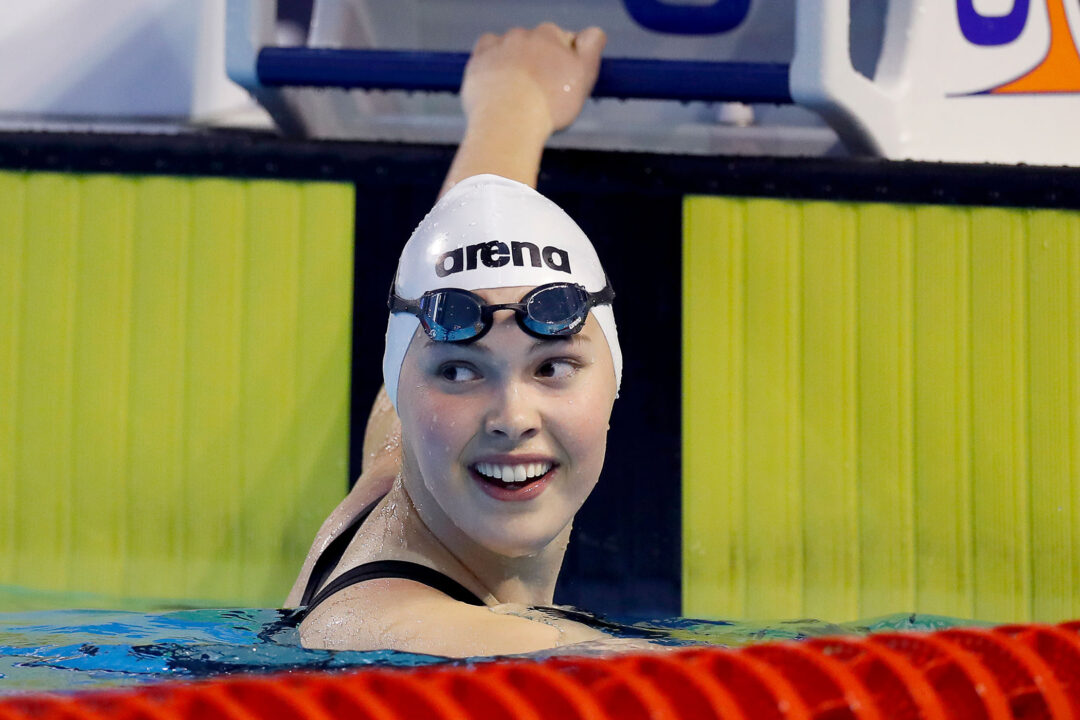 In the women's 100 fly final tonight, the youngster tore to a lifetime best, finishing 3rd in 57.27. Stock photo via Simone Castrovillari

As she has done a number of times in the past year, Bosnia and Herzegovina 16-year-old Lana Pudar made national history. In the women’s 100 fly final tonight, the youngster tore to a lifetime best, finishing 3rd in 57.27. The performance takes 0.10 seconds off Pudar’s previous best, which she swam at the Serbian Open in March of 2021.

Before tonight, Pudar hadn’t quite reached her heights of last spring yet this year. She was close at the 2022 World Championships 2 months ago, swimming a 57.67 in semifinals to qualify for the final. Additionally, Pudar’s previous best stood as the Bosnian and Herzegovinian Record in the event, meaning she reset the record tonight as well.

Perhaps most notably, Pudar made national history yet again, winning Bronze with her performance tonight. Her Bronze medal signifies BSH’s first LC European Championships medal in their history. This is just the latest in a long line of BSH history made by Pudar. Last summer, she became the first BSH swimmer to qualify for an Olympic final, then in December of 2021, she won the first major international medal in BSH history, earning Bronze in the women’s 200 fly at the 2021 SC World Championships. She would go on to win Gold in the 100 and 200 fly at the 2022 Mediterranean Games, and now, she’s won LC European Champs Bronze.

Here is a split comparison between Pudar’s swim tonight and her previous BSH Record from March of 2021:

Pudar’s improvement came on the front half of the race. She managed to take her first 50 split under 27 seconds, which was still only the 5th-fastest split in the field tonight but was 0.27 seconds faster than her previous best time split.

She should run away with the 200 fly title. Hajde, Lana, Hajde!

She didn’t “ qualify for an Olympic final”. She was eliminated last year.

Happy for her keep up the good work!

the more countries medal, the better for swimming
I bet she had US college coaches lined up for her after the medal ceremony