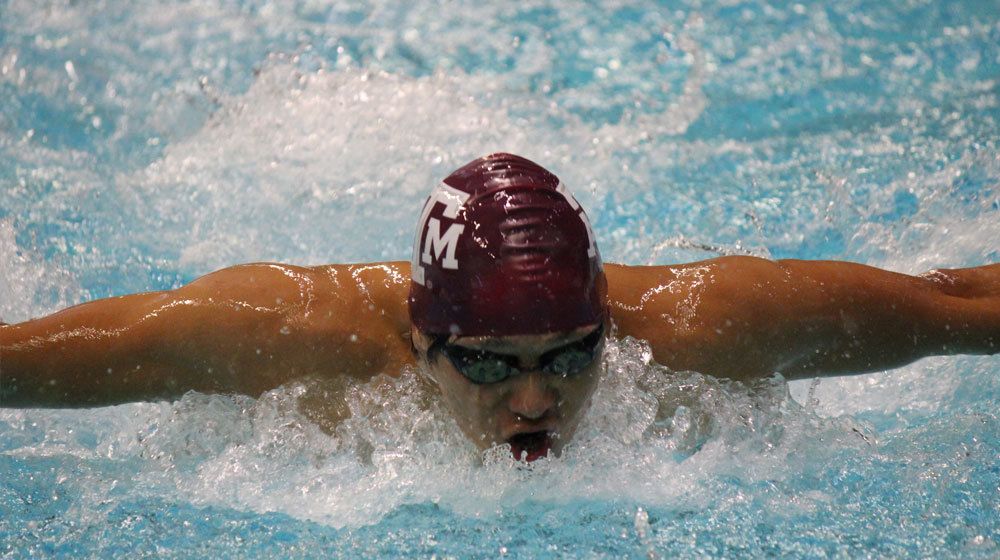 On the eve of the SEC Championships’ start on Tuesday in Athens, Georgia, there have been a few notable scratches from the meet.

The latest version of the psych sheet still has swimmers entered in more than the allowed events (those decisions don’t have to be made until the evening before prelims of those races), but full-meet scratches taking teams down to their roster limits are included in the latest versions.

We tracked scratches by swimmers that were seeded in the top 20 of events, and found 14 of them (we excluded one men’s platform diver, because the seeding for diving, especially on the platform, is a big sketchy).

Among the most notable is the scratch of Texas A&M junior Anthony Kim, who scored 49 points for the Aggies at last year’s meet, including a 7th-place finish in the 200 back. His highest seed this year was 19th in the 100 back (47.98).

There were also a significant scratch from a divers. Arkansas’ Maha Elissa Amer, a 1-meter specialist who was 4th in that event at last year’s SEC Championship meet, but didn’t score in either of the other disciplines, dropped the meet. She accounted for almost 10% of Arkansas’ non-relay points at last year’s SEC meet even though she only scored in 1 event. Arkansas was 10th at SECs last year, but have already broken a number of school records this year thanks to junior newcomer Anna Hopkins.

Other Scratches in the top 20 seeds:

🙄 Each team can only bring a certain amount of swimmers

Thanks for the updated psych sheet!

And maybe giving seniors a chance to swim it.

Is there going to be a men’s preview like y’all did for the SEC women’s meet?

There is. Lauren is wrapping it up now.

Gator fan here. Any reason why Miguel Cancel scratched the meet? Anyone reach out to Coach Nesty? Maybe give him a few more days of work and taper to try to qualify for NCAAs at a last chance meet?

2
-1
Reply
JP input is too short
Reply to  Longform

Probably a roster limit thing. I haven’t gone to the effort to add up team members though to know for sure.

Yep, I checked a couple teams’ numbers and that looks like it. Looks like maybe the limit is 22 swimmers/divers.

Also, I bet 2019 Florida is the only team to even have two pairs of twins where only one each made the conference scoring team (Clark Beach and Will Davis made it, Ethan Beach and Isaac Davis didn’t).