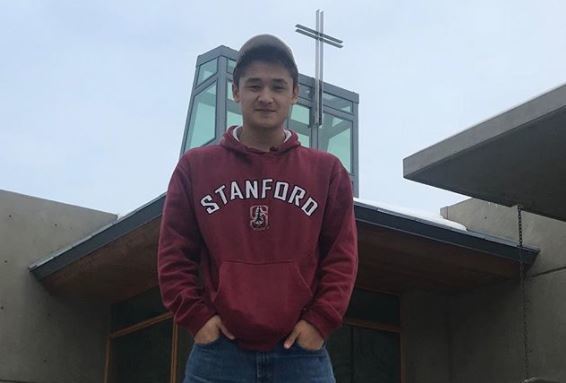 Breaststroker Daniel Roy has announced via social media his verbal commitment to Stanford University’s class of 2022. Roy is the... Current photo via Daniel Roy (Instagram)

Breaststroker Daniel Roy has announced via social media his verbal commitment to Stanford University’s class of 2022. Roy is the #14 recruit on our list of top boys from the high school class of 2018. Roy is from Spokane, Washington and swims for Gonzaga Preparatory School and King Aquatic Club.

Roy had a massively impressive junior year that wrapped up at Junior World Championships in Indianapolis this summer, where he won the 200m breaststroke by 5/100 over Cal commit Reece Whitley to give the USA a 1-2 podium finish. His winning time of 2:10.77 was a best time by half a second and the 10th-best performance of the meet by FINA points. Roy also won a gold medal as the breaststroker on the men’s 4×100 medley relay and a silver on the mixed 4×100 medley.

Stanford also has received verbal commitments from Alessandro Boratto, David Madej, Jack LeVant (#11), Jonathan Cook (#18), and Mason Gonzalez for the class of 2022. Stanford graduates Curtis Ogren after this season, but Roy will overlap with current freshman Brennan Pastorek, sophomore Hank Poppe, and junior Matt Anderson. He adds a big piece to the puzzle for the Cardinal, who won Pac-12s last year and finished fifth in the men’s standings at NCAAs.

Nice to see someone choose an awesome academic Stanford. Never understood why top recruits would go to places like NC State or Tennessee when there are so many opportunities like Stanford, Cal, Ivies, Duke, etc. Swimming’s not gonna pay the bills in 20 years!

Just hoping that they don’t “squander” the opportunity swimming has given them to obtain a degree from whichever school they choose. Swimming should be a means to get a degree.

Definitely agree with you. Whether one’s competing on a noncompetitive D3 team or the Stanford/Texas’s of the world, all these swimmers are student athletes, and should study for their degree as such.

Congrats Daniel! Welcome to the Farm! We have been wondering when you were going to announce your commitment. Great choice!

also, everyone on the boys’ top 20 list have verbally committed. remember when haas didn’t commit until december in 2015

Poor Texas! the one pick they sorely needed.

You never know, maybe one of their twelve sub-1:35 freestylers can piece together a 53 breaststroke.

Don’t recall there is high school swimming in Spokane -many good swimmers from Spokane, but zero high school swimming. Only one LCM pool outdoor and 2-3 scy pools. I think he self-trains, occasionally comes to Seattle area to only competes for King.

I am pretty sure.

Grew up in Spokane. It’s true. But only for the last year. Some coaching changes happened and he joined King going into his junior year.

Remember to always do it for the little guys Daniel! Short kids can swim too

how tall is he?

2
0
Reply
He Gets It Done Again
Reply to  pinkunicorn

13
-1
Reply
coachymccoachface
Reply to  He Gets It Done Again

shorter than Reece but it didn’t seem to matter

You can’t measure determination & pure heart! They are both phenomenal. You better not ever “overlook” that “short” kid though. Could just jump up and surprise ya!! All the best to both of them!