12 Tips for Parents about College vs. Club Meets 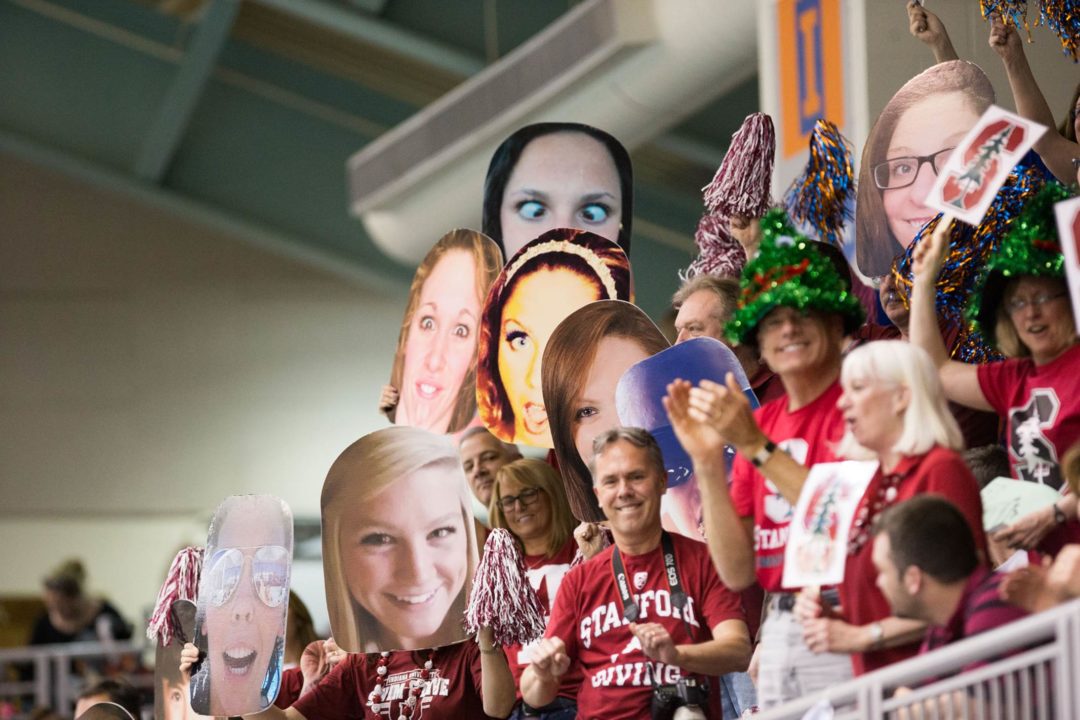 After 15 years as an age group swim mom, this is my first year as a parent of a college swimmer. I love both roles, but there are big differences between the two. Especially at swim meets.

After 15 years as an age group swim mom, this is my first year as a parent of a college swimmer. I love both roles, but there are big differences between the two. Especially at swim meets.

I’ve discovered 12 things that are different at college dual meets:

Parents sit in the stands above the pool. There is no way down to the pool deck.

They won’t ask you to time.

You aren’t driving your swimmers to meets or staying with them in hotels.

The meets are really, really short.

You can’t ask your swimmer after each event, “How did that feel?” or “What did the coach say?”

It’s rare to see parents make spectacles of themselves.

There’s no snack bar and no breakfast burritos.

You can’t check on your swimmer to see if he gets to the blocks on time. Or needs water or gatorade.

You’ll watch your “too cool teenager” enthusiastically yell during the team cheer.

Your focus will be on team scores. Not your individual swimmer’s times.

No parent volunteers are required. No set up or tear down, either.

You won’t even think about talking to the head coach about how your swimmer is doing during a meet.

What differences do you see between college and age group swim meets?

I recently attended my first college meet and it was a different experience from many club meets. I loved the sense of spirit and camaraderie among the parents. They tailgate at some of the big meets and plan a team dinner at conference champs which adds to the fun. They were great about cheering for all of the swimmers and welcoming the freshman parents to the team.

#13 you won’t see your child swim because their school is 2500 miles away.

Even 500 miles away is tough – I hope to make it to 2 meets this year. I think it is harder on me than my son though!

These apply for parents of swimmers of all ages

I am very concerned about No. 7, the rest is great

No kidding… what kind of savages are hosting these college meets?! How do they attract coaches to sign their teams up without breakfast burritos?

I know several college programs where the parents “tailgate” before and/or after swim meets …. typically organized by parents who enjoy good food, drink and camaraderie. While i’m not a good event planner, I’ve been lucky to be around parents who are and who enjoy doing this sort of thing. As for parents not making spectacles of themselves (maybe by being overzealous in cheering for their swimmer?), many parents do very funny things in the stands at college meets … but it’s always in fun and it’s fun to see!

It’s my third year as a college swim Dad. This beats high school by a ton!!!

#7#11#12 is false… I’m a club coach and a parent of a collegiate swimmer .
But the rest is correct and so nice sitting above the pool and cheering the team on .