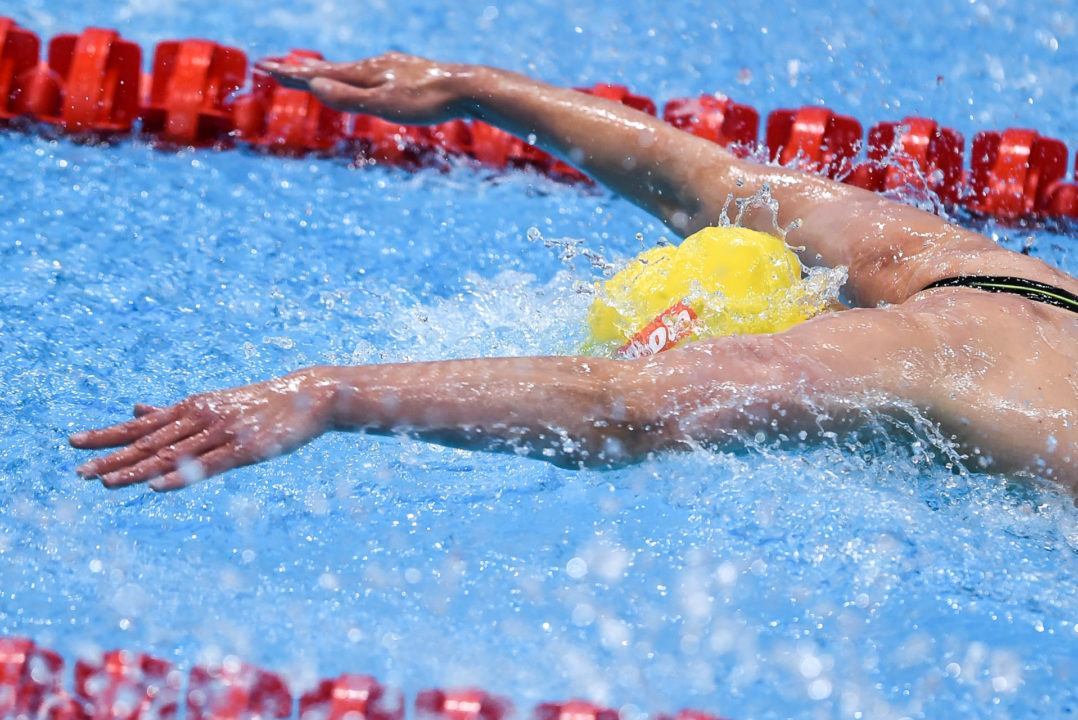 The first came on day 1 in the 200 IM, where she swam a 2:08.94 in the 200 IM and 56.47 in the 100 fly. While both times would have been stellar representations in long course just a few months out from the Olympic climax, in short course meters they speak more to a casual cruise through the competition.

Upon a recent changing of coach from long-time lead Carl Jenner, along with an upcoming charity mission to South Africa, Sjostrom has opted to skip the upcoming Short Course World Championships.  That gives context to these swims as doing her duty for the local fans and federation, and continuing to add to her resume of national titles, but little more in effort or focus.

On day 2, Sjostrom’s swims carried a little more cache – she started off with a new Swedish Record in the 100 IM, swimming a 57.93. The old record of 58.07 belonged to the legendary Therese Alshammar, who has recently retired.

Video of the 100 IM National Record:

Sjostrom becomes the 7th female swimmer in history to go better than 58 seconds in the race.

She finished her day with a new Championship Record in the 50 fly, swimming 24.69.

The meet’s first day also saw two Swedish Records broken as part of the men’s 800 free relay. Helsinborgs Simsallskap swam a 7:07.07 as a team, and their leadoff Christoffer Carlsen swam 1:44.40 individually, to clear both national standards.