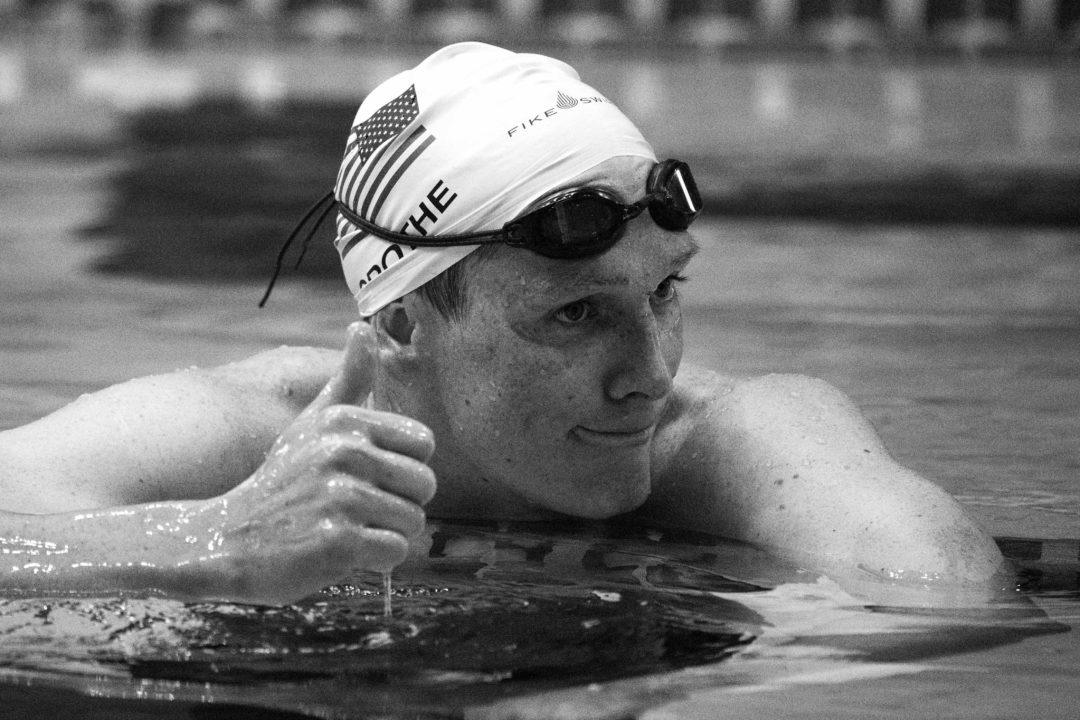 American Zane Grothe won gold in the men’s 800 freestyle at the Pan Pacific Championships in a new meet record of 7:43.74.

After Japan’s Naito Ehara got out to the early race lead, Grothe established himself at the front of the pack not long after and never relinquished it despite some late pressure from teammate Jordan Wilimovsky. His swim broke the Pan Pac Championship record of 7:44.78, set by Australian Grant Hackett back in 2002.

In improving his previous best of 7:44.57 from the 2018 Nationals in Irvine, the 26-year-old also moves past Connor Jaeger for 2nd-fastest all-time in the event among U.S. swimmers, as he narrowly missed the American Record of Michael McBroom (7:43.60) set in 2013.

Grothe now has a complete set of medals after winning bronze in the 400 free and silver in the 1500 earlier in the meet.

The only race I cannot find video of someone please help

Here’s the video of the race https://youtu.be/FExrC5gAZyg

Zane may very well be the American of the meet!

He quietly had a really good meet – not swimming the flashy events, not on any relays, but he did his part and was one of the male standouts alongside Murphy, Kalisz, Andrew, Dressel (regardless of being “off”, he still had 3 individual medals).