Wyoming to Allow Pools to Re-Open In Limited Capacity 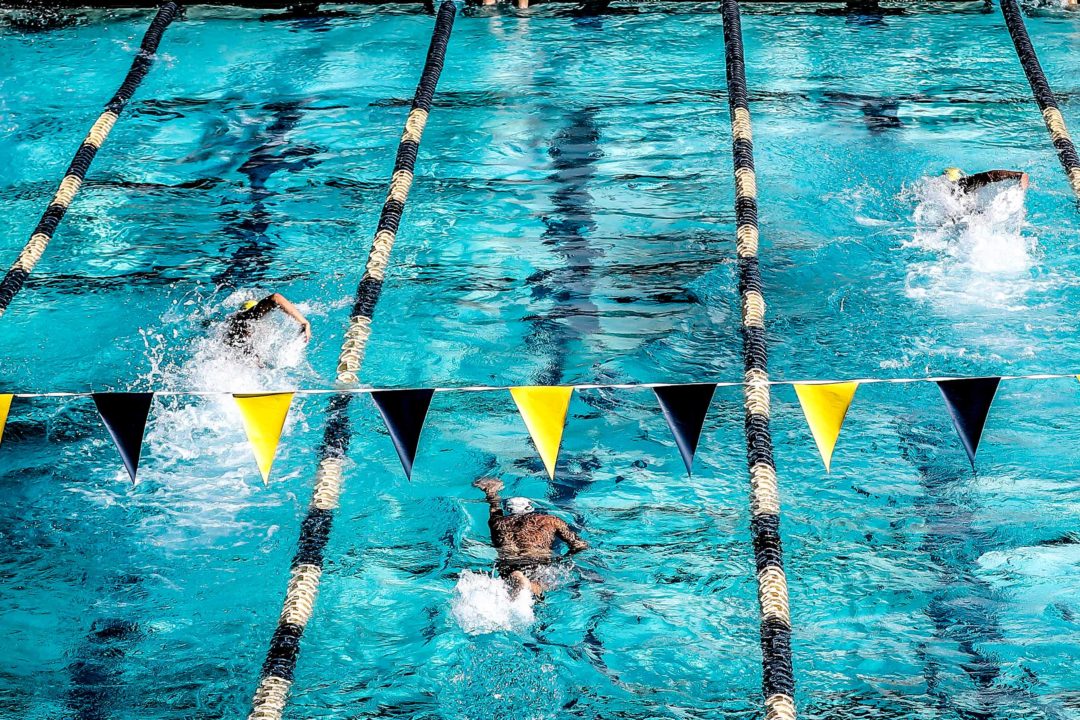 Wyoming has recently joined the growing list of states to allow swimmers to return to the water in a very limited capacity.

Beginning on May 1, the state of Wyoming entered the first phase of their re-opening, easing the restrictions put in place to reduce the spread of the coronavirus. Part of this phase includes the reopening of gyms and pools, albeit under strict guidelines.

While each community is allowed to make their own rules and guidelines based on the current situation in the area, some pools are beginning to allow swimmers to return to the water. Part of the statewide requirement for pools to open is that they will be limited to only swimmer per lane.

One Wyoming coach tells SwimSwam that they, in conjunction with the municipalities in charge of the pool, have put together a plan that was submitted to and approved by the local health department. The plan, which was approved late last week, sets forward guidelines for running practices to minimize contact between swimmers. During the first phase of the plan, running until the end of May, three separate practice times will be allowed, with hour-long gaps in between to allow cleaning and disinfecting of the pool space. Locker room spaces will also remain closed during this initial reopening phase.

Wyoming’s reopening is using a much different approach to returning to the pool than Alaska and Texas, both of whom have recently allowed practices to resume statewide. While Wyoming is limiting pools to only one person per lane, Texas is allowing pools to operate at a 25% capacity. Even less strict is Alaska, who will allow pools to open at a 50% capacity.

Some Florida localities have allowed private pools to reopen, while the entire Kentucky Swimming LSC has appealed to the government to reconsider pool closures.

Wyoming is one of the states that have been the least impacted during the coronavirus outbreak. Statewide there have only been 662 confirmed cases of the disease, with only 7 deaths attributed to it. Wyoming was also the last state to have a death attributed to the disease and has had fewer deaths than any other American state caused by COVID-19.

I found this article interesting about club swimming trying to come up with ideas to minimize exposure https://www.swimmingworldmagazine.com/news/with-home-built-lane-shields-alaskan-club-back-in-water-and-safely-fighting-covid-19/

Parts of this article are misleading. Florida has NOT allowed pools to reopen on a statewide basis, nor has it allowed all pools to reopen. In some cases, pool openings are limited to condo-based, closed-community pools. Municipal, county and school-based pools are currently NOT open in many, if not most parts of the state. (Thanks for correcting this to “some private pools”!! Everyone is anxious to get back in the pool safely! To do so, it’s important that statements be factually accurate.)

The West may be wild, but it’s not uncivilized
Teddy Roosevelt

All outdoor pools should be opened for organized swim and water polo practices with common sense precautions. Very minimal chance of transmission outdoors especially in chlorine or bromine treated pools.