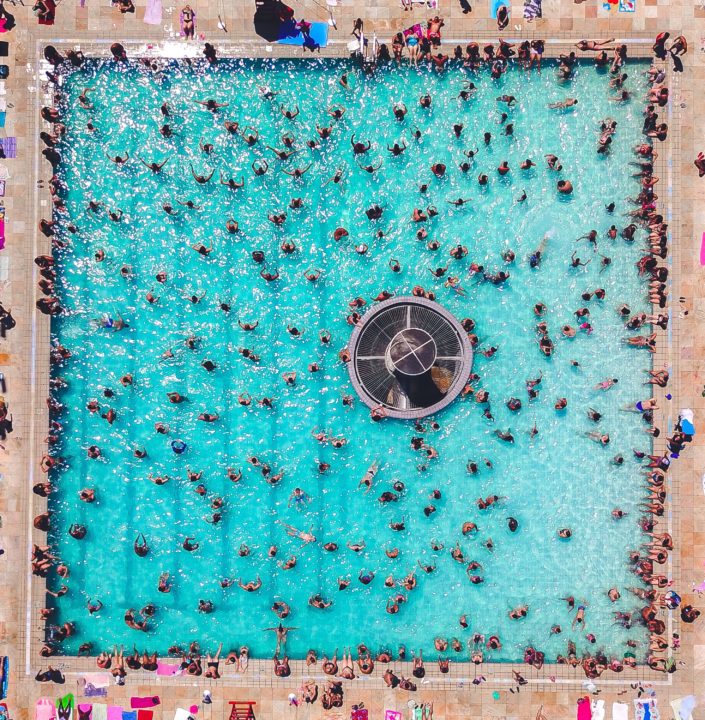 As summer emerges around the country, some cities are reopening public pools while others have remained closed, for now.

Texas became the latest state to approve the widespread reopening of public pools, with local municipalities being told that they could begin to reopen at 25% capacity on Friday by Texas governor Greg Abbott.

According to an executive order, “local public swimming pools may so operate only if permitted by the local government.”

Many of the state’s biggest cities, however, are waiting before making that decision.

San Antonio and Austin, which are the 2nd-and-4th largest cities in Texas with a combined population of over 2.5 million, have said they’re not quite ready yet. Austin mayor Steve Adler says that the city will observe the situation for the next 3 or 4 weeks and decide what to do based on that information. He also extended the city’s stay-at-home order until May 30th, with county orders extended until June 15th.

A judge in Harris County, where most of the city of Houston is located, has ordered all pools to remain closed until May 20th.

In the state’s 3rd-largest city, Dallas, the original schedule had pools reopening June 1, but the Dallas Aquatics Website warns visitors that those openings will be delayed. Aquatic centers in suburbs of Bedford and Hurst won’t open at all this summer.

Private pools, however, like those in hotels, subdivisions, and apartments, may begin opening at 25% capacity. Collin County, home to many of Dallas’ largest suburbs like Plano and Frisco, did reopen on Friday.

Also opening on Friday are hair salons. Gyms have to remain closed until May 18th and then can only open at 25% capacity.

Florida pools have been allowed to reopen as well, while the Kentucky Swimming LSC has has asked the state to reconsider pool closures.

Texas has reported 36,932 confirmed cases of coronavirus leading to 1,044 deaths. This week, as the number of deaths are growing in Dallas, the state as a whole has reported 31 deaths so far on Friday.

Though the Army acknowledged there were issues about the accuracy of the data, Redfield was ultimately cleared of any allegations of scientific misconduct. However, one of the whistleblowers who raised the issue of the trial data to the Army told Kaiser Health News (KHN) that he remains concerns about what happened. “Either he was egregiously sloppy with data or it was fabricated,” said former Air Force Lt. Col. Craig Hendrix, a doctor who is now director of the division of clinical pharmacology at Johns Hopkins University School of Medicine, to KHN. “It was somewhere on that spectrum, both of which were serious and raised questions about his trustworthiness.”

For PsychoDad, from CNN (2018):
In 1992, Redfield, then a colonel, was part of a Walter Reed team backing an AIDS vaccine called VaxSyn, manufactured by a Connecticut company, MicroGeneSys. Redfield claimed that a small clinical trial had shown VaxSyn to protect the immune systems of infected soldiers, limiting the worst outcomes of AIDS.

Because this was a clear exaggeration, the Army investigated Redfield, eventually concluding he had made an innocent mistake. Redfield continued to strongly support VaxSyn, pushing Congress to fund a $20 million clinical trial on HIV-positive men. But VaxSyn never worked, and no fine-tuning in its biochemistry could have made a difference.

We should definitely trust the head of the CDC, right?

No we should trust an anonymous poster in the SwimSwam comment section.

No you’re not, you’re telling us WHAT to think.

We allow tubing down the river ….but no chlorinated pools… Go Figure!

We allow Tubing down the river… but no pools… go figure!

There is strong evidence that the virus doesn’t affect the youngest of our population, and it does affect our oldest and especially sheltered population such as nursing homes and people who don’t go outside on a regular basis.

The thinking is there might be a correlation with vitamin D deficiency as you get older which may contribute to the mortality rate and more severe symptoms as you get into the older generations along with preexisting conditions. They are also starting to understand why ventilators might not be working.

Northwestern University has an article explaining what they are researching regarding vitamin D and COVID taking in information from other countries as well as ours. This has started to circulate… Read more »

Even if you survive coronavirus, many people will have long term disabilities.

This is the media building up the fear.

Any time the title of your research article in some no-name journal starts with “The possible role of…” you can almost bet it won’t pan out when rigorously studied and subjected to rigorous peer review.

If UT gets in now and the UK stays shut to October (which I struggle to believe, but is the current tenor and possibly a side effect of Johnson’s own experience) Scheinfeld could be quicker than Peaty next year.

Do you think Peaty’s not training??

That photo is scary, in the context of current situation.