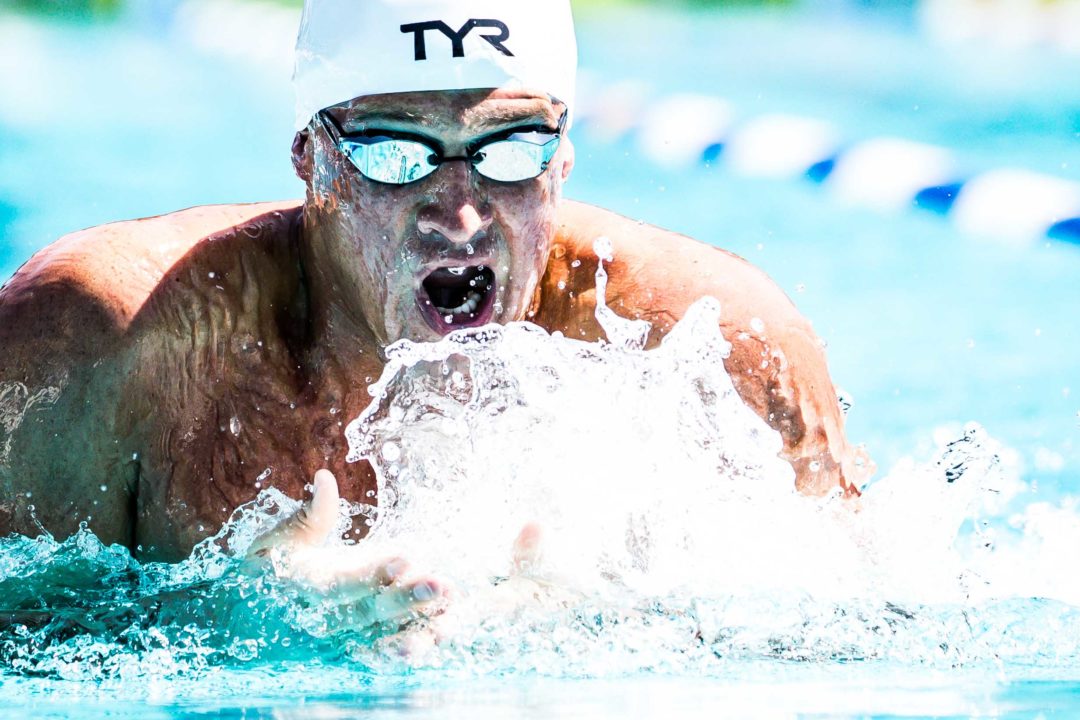 In a time trial Wednesday in Palo Alto, Ryan Lochte posted the No. 4 200 IM time by an American man this season. Current photo via Jack Spitser/Spitser Photography

Here’s what the U.S. 200 IM ranks look like, as of Wednesday morning:

After serving a 14-month suspension for intravenously receiving a vitamin infusion at a rate above the allowed limit, Lochte became eligible to race in the middle of last week. Although the qualification period for Nationals had officially closed, SwimSwam learned from USA Swimming that Lochte’s times from the 2018 Mel Zajac Jr. International Meet early last June were eligible for entry; he swam at that meet before he was officially suspended on June 23.

Despite his suspension being backdated to May, the nature of his infraction was such that his ensuing times did not need to be forfeited, USA Swimming said. He was, however, granted an “exemption” to enter the 200 free, as he didn’t swim in before he got suspended.

I still have hope that he won’t make the team next year, hopefully Michael Andrew or Carson Foster will keep him out.

If Lochte can do at his age and with a few very young children then so could Phelps. But he’s not 🙁

I am not sure the prospect of getting eliminated in the semifinals in Tokyo next year is what could get Phelps to come back.

You hope Michael thinks that way! I’ve seen Michael do anything he puts his mind to like he has demonstrated time and time again because he is amazing that way. His focus rightfully (in his opinion) or wrongfully (SwimSwam community’s opinion) up until now was on the 50’s. Once he decides which events his Olympic line up will be, he will be unstoppable. The greatest gift sometimes are your biggest failures. He could not have come up a little short at a more perfect time.

It is also clear that he has already started shifting his focus and started preparing for 100’s and 200’s backed by recent times in these events.

The way he trains, he is fitter… Read more »

I’m a huge fan of MP. but this is the reality, these times are faster that what he swam at his peak. Nothing wrong with progression in the sport.

You realize he’s talking about Michael Phelps not Michael Andrew…

He swam outdoor pool also. He is back.

Ol’ Longhorn about to rip you for that prediction.

Nah, I love Lochte. Plus it’s an actual event he swims.

2Im practice with Lochte and Dressel must be insane

Did Caeleb steal yo girl?

Would be interesting to see what Scott would do if both him and Lochte medal at the olympics in the 200 IM.

I think that taking an excessive amount of IV drip is different from smashing blood vials for doping tests.

Sure, whatever you need to tell yourself …