Ryan Lochte Receives ‘Exemption’ to Race 200 Free at US Nationals 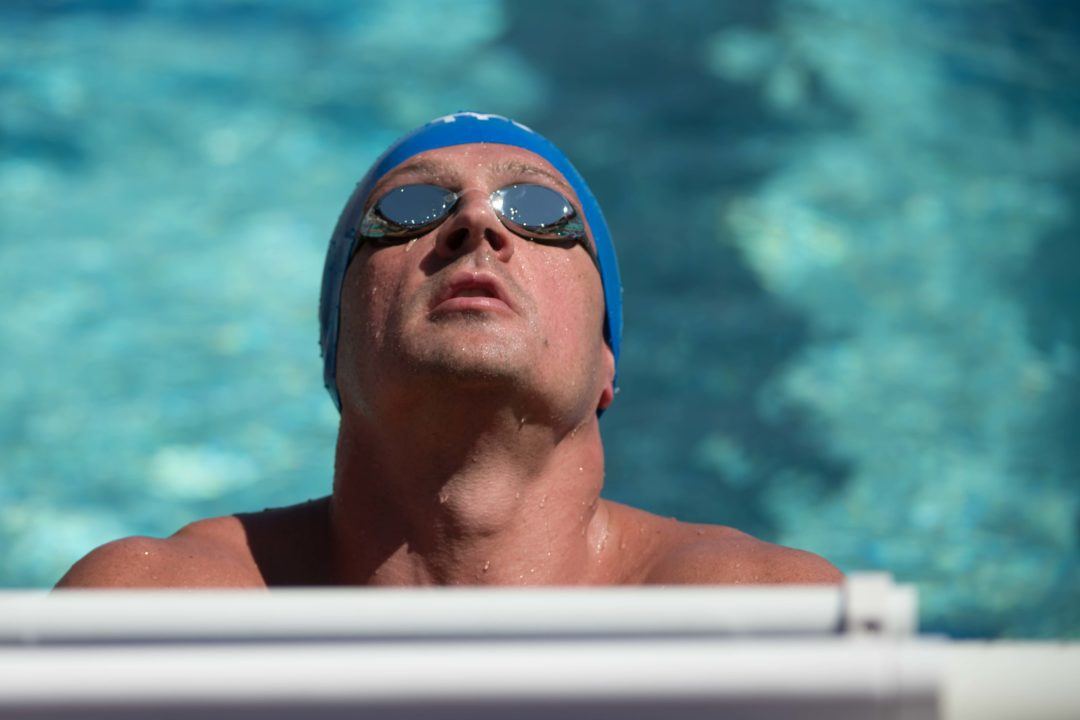 With the 14-month suspension of Ryan Lochte expiring on Wednesday, there was a lot of anticipation about when and where the 34-year old might return to racing. We got a partial answer on Thursday when USA Swimming announced that he would race at the US National Championships that begin next week in Stanford, California – but that still left a big question – when would he qualify?

It turns out, he already has. While Lochte’s suspension was officially backdated to May 24th, 2019, which was before the opening of the qualification period for US Nationals, his suspension had a bit of a wrinkle to it. USA Swimming said that, in spite of back-dating the suspension to when he posted the photo that got him in trouble, it didn’t include forfeiture of results done after that period: a rarity in these sort of suspensions.

That means that Lochte’s swims at the 2018 Mel Zajac International, which ran from June 1st through June 3rd, were accepted as entry times for the US National Championships in 4 of his 5 events. In the 5th, the 200 free, which he didn’t swim at Zajac, USA Swimming says that they granted Lochte an exemption to allow him to swim the race at Nationals.

Lochte’s Seed Times for US Nationals:

Not all of these seed times match his swims from the Zajac meet, but all are the same, or slower.

Lochte’s ban was announced on July 23rd, 2018, 2 months after posting a picture of himself on social media receiving an IV infusion at an IV infusion clinic. These clinics cater to clientele who are not receiving emergency medical treatment, but are receiving the IVs for other perceived health benefits – such as to ward off a hangover after a night of drinking. While the substances that he was infused with were permitted, the method was in violation of the World Anti-Doping Code: receiving an IV infusion of more than 100 milliliters in a 12 hour period, unless received during the course of a legitimate hospital treatment. The reasoning is that these IV infusions can dilute blood and urine, making banned substances harder to detect.

Lochte, a 12-time Olympic medalist, 5-time Olympic champion, and current World Record holder in the 200 IM, has been struggling to stay eligible since the Rio Olympic Games, where he missed the podium in the 200 IM and didn’t receive any individual medals. After swimming concluded at those Olympics, he embellished a story that went global about the infamous gas station run-in. He was ultimately given a 10-month suspension and dropped by a handful of high profile sponsors, including Speedo.

Lochte is a living, breathing “exemption.” Go get ‘em, youngster.

Man, I know you get a lot of hate but I find most of your comments to be hilarious.

Unless you’re serious, then get help.

I’ll take that under advisement.

And so begins The Summer of Jeah.

Will the 200 Free be the hardest race for him?