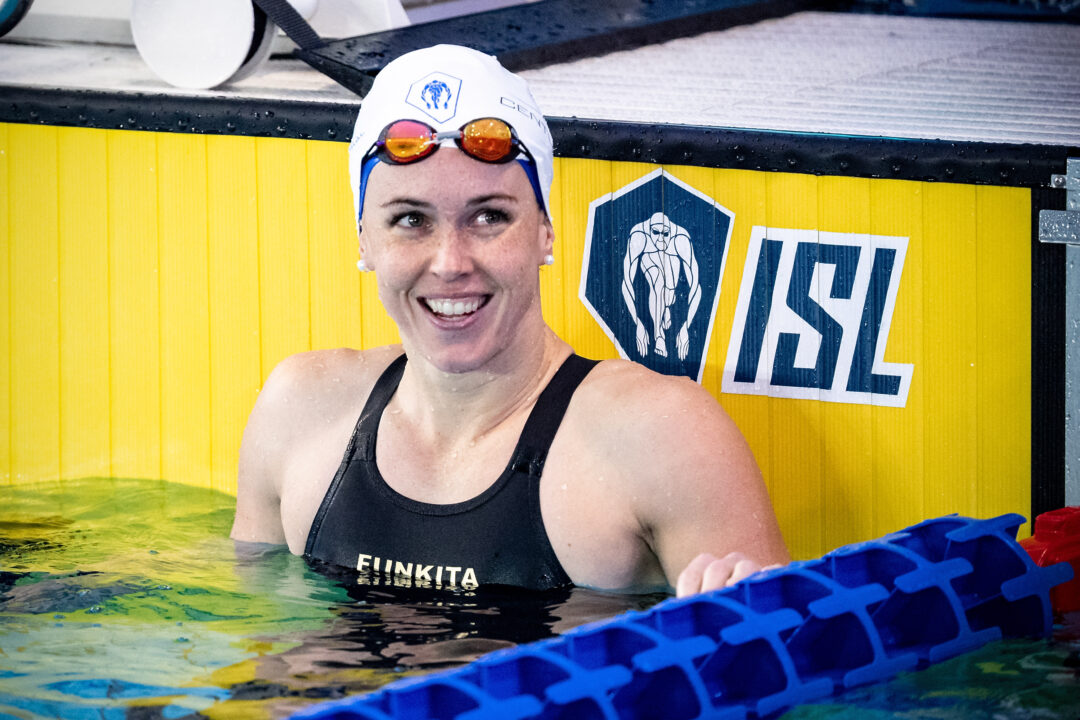 World Championships medalist Holly Barratt announced her retirement from the sport following the completion of the 2022 World Cup.

Australian national teamer Holly Barratt has retired from swimming. The 34-year-old sprint specialist announced her retirement shortly after competing at the 2022 World Cup in Indianapolis.

Holly Barratt represented Australia for the first time in 2015 at the Summer Universiade, collecting a gold medal in 50 backstroke along with a pair of bronzes in the 50 butterfly and freestyle. Barratt repped the Dolphins several other times including at the 2017 World Championships, the 2018 and 2022 Commonwealth Games, and the 2018 Short Course World Championships.

Barratt landed on the podium at all four of these meets including silver in the 50 butterfly at both Commonwealth Games and 2018 Short Course Worlds. She also collected 50 backstroke bronze and 4×50 freestyle at that Short Course Worlds. At the 2017 World Championships, Barratt earned 4×100 medley bronze for her prelims swim for Australia, producing a 59.68 backstroke split.

In 2019 Barratt lowered the long course 50 butterfly Australian record to a 25.31 at the Singapore World Cup, a record that still stands today. Barratt also holds national records in the short course 4×50 freestyle, 4×100 freestyle, and 4×50 medley.

Barratt represented London Roar during the 2019 International Swimming League season and the Aqua Centurions during the 2021 season. In the latter, she nearly went undefeated in the 50 butterfly, winning the event at match 4, match 6, match 10, and semi-final 2. Following the 2021 ISL season, Barratt was the sole Australian swimmer to race at the 2021 Short Course World Championships. Australia didn’t send an official team to that meet but Barratt raced anyways. Following that meet, Barratt spent more than a month trying to get back to her home in Perth due to COVID-19 related restrictions.

Well done Holly.Hope to see you training up the next generation. Maybe some masters swimming to keep fit.

All the best Holly!

An inspirational, real life never give up story. Representing Australia at the highest level after waiting so long for her breakthrough was special