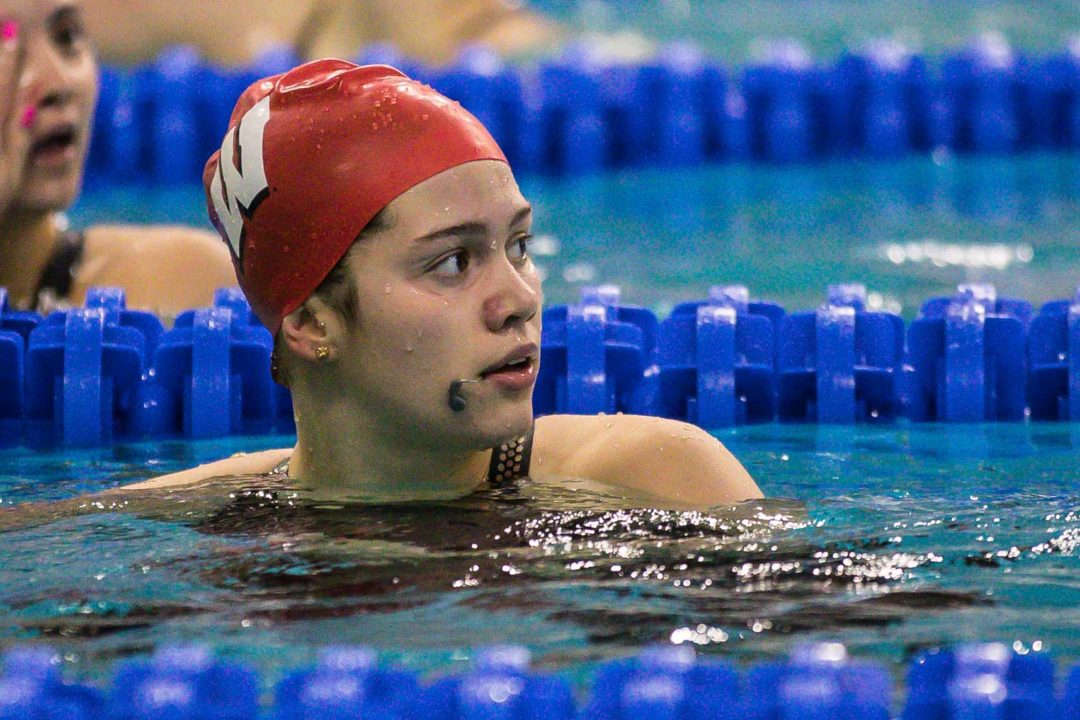 We've looked at the freshmen and seniors compared to our recruit rankings. But how are #2 recruit Beata Nelson and her junior class doing? Or #4 Brooke Forde and the sophomores? We have the raw NCAA scoring data from all four women's classes, crossed with our earlier recruit rankings, here. Archive photo via Jack Spitser/Spitser Photography

Quick Analysis: What a class this is turning out to be. There are true elite college stars in all three groups: ranked recruits (Asia Seidt is the class points leader among domestic recruits, but Beata Nelson could overtake her next year), unranked recruits (Erika Brown) and internationals (Louise Hansson).

Quick Analysis: this class hasn’t had a huge impact yet. Brooke Forde probably would’ve risen to #1 in this class had we re-ranked them as seniors, and she’s been very productive already. Scoring improved dramatically among this class as sophomores, including top international scorer Mackenzie Padington (from 5 points as a freshman to 32 as a sophomore) and fast-rising Paige Madden (non-scorer as a freshman, 38 as a sophomore, good for #2 in the entire class).

The ACC with easily the most points from unranked swimmers. Virginia and NC State with the most athletes in the unranked lists. Just imagine if either starts to get ranked athletes, like say Kate Douglass or Alex Walsh….

Only now do I recognize how INSANE the college graduating class of 2019 (HS class of 2015) truly is.

Is there an W/M NCAA individual highpoint listing anywhere, or is this sorting through the results?

This is all pulled manually from each year’s results.

Jared: looks like a lot of work. Thanks for taking the time. Will you be doing a similar performance chart for the four classes (2015-18) of men? I’m especially interested to see what happened to Stanford and USC.

They’re in the works right now! Check back the next two days and we should have about four posts revisiting men’s recruiting as well.

Good catch – she is now included

Thank you – this grants a fascinating perspective.

No mention of Anna hopkin anywhere

5wimmer – she’s there. Look in the junior section.

I need my glasses sorry!