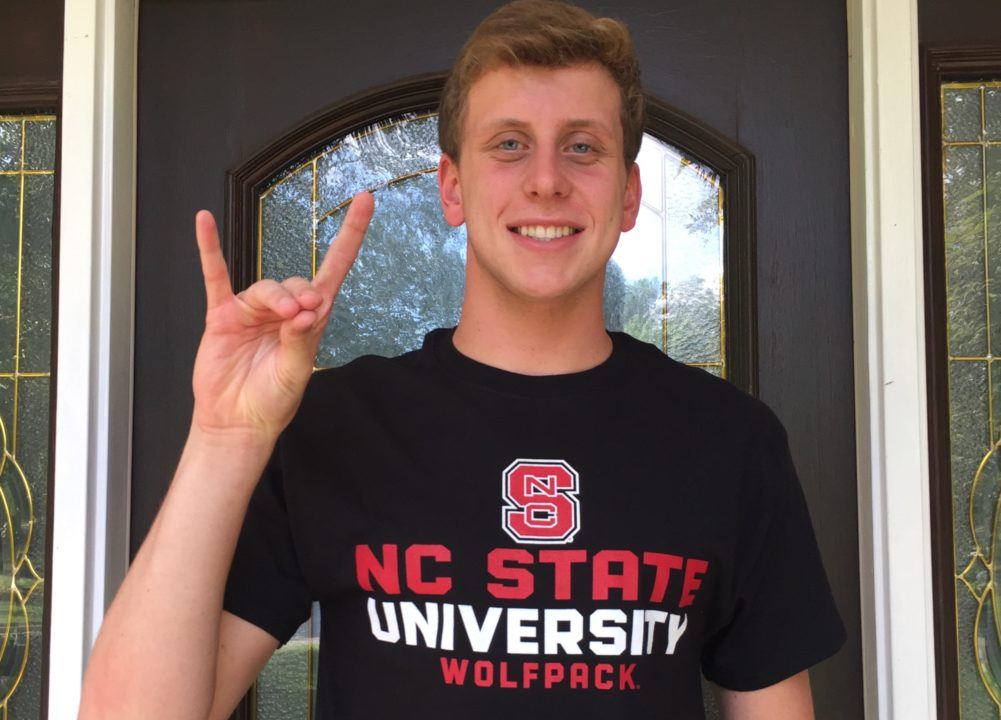 “I chose NC State because there is a culture and atmosphere there that I want to be a part of. The coaches are fantastic and the team and fellow commits are amazing as well. I’m so honored to be able to join such a prestigious swim program. GO PACK!”

Hamlet will have a year of overlap with ACC record-holder Coleman Stewart, who was a 48.20/1:47.64 backstroker at the time of his verbal commitment in September 2015.

Congratulations Thomas!! Can’t wait to see you swim for the next four years!