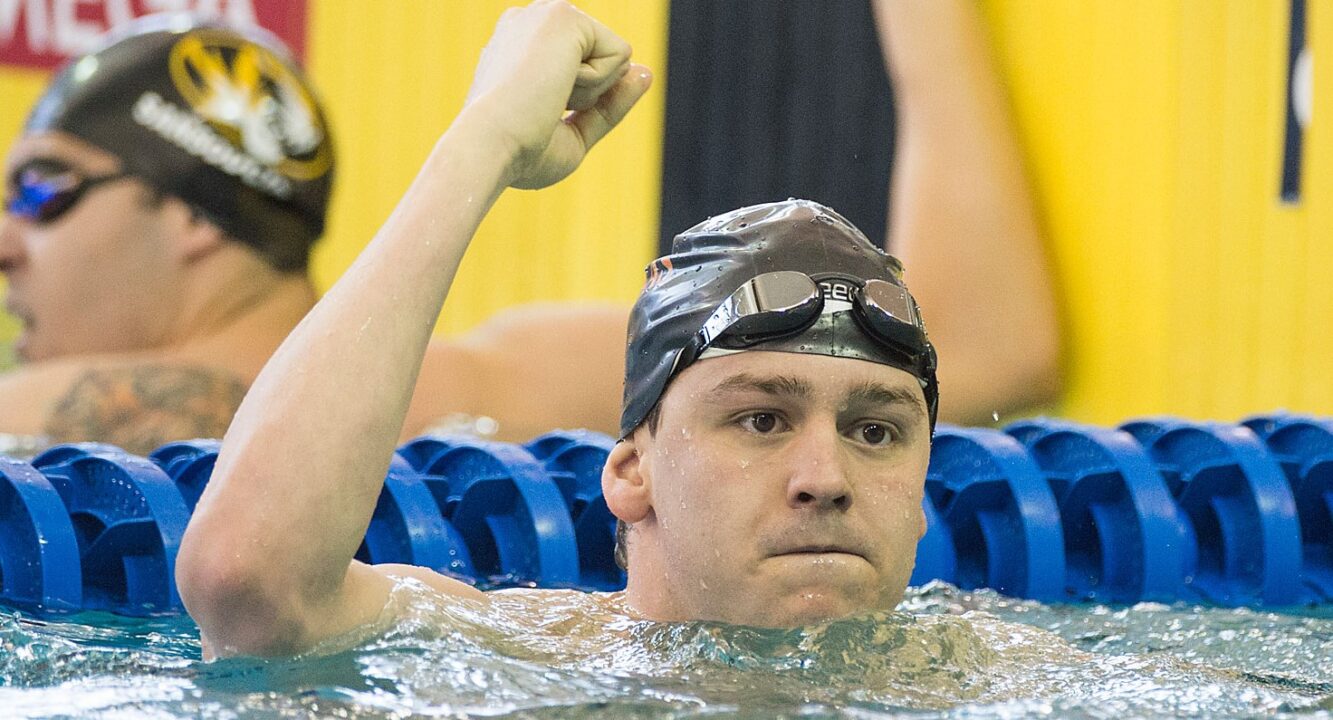 Will Glass, who was part of the famous Texas 1-2-3-4-6-8 finish in the 100 fly in 2015, will join the coaching staff as a volunteer assistant in December. Archive photo via Texas Athletics

Former University of Texas swimmer Will Glass will join the team as a volunteer assistant in December. He takes over that role with the men’s team from his former teammate Brett Ringgold, who is stepping away then with the pending arrival of his first child.

In 2015, as a sophomorehe finished 4th at the NCAA Championships in the same event. That swim was a part of the famous 1-2-3-4-6-8 place finishes in the event for the Longhorns that year

A year later, he finished 9th in the 100 fly to add another individual honor.

Amid his college career, in the summer of 2016, Glass finished in 7th place at the US Olympic Trials in the 100 meter fly, missing a spot on the team by just over a second.

Glass’ experience in the heyday of the Texas butterfly group could come in handy for the Longhorns. That was a weak spot for them at last year’s NCAA Championship meet: their top 100 fly finisher was sophomore Zac Van Zandt in 12th place. Alvin Jiang, a 5th year, finished tied for 15th in that event as well. No Longhorns scored in the 200 fly.

The position of volunteer assistant on the Texas men’s team is a prestigious one that has vaulted coaches up the ladder. The team’s current assistant coach, and heir apparent if Eddie Reese ever retires, Wyatt Collins was a former volunteer assistant; so too is new Pitt head coach Chase Kreitler, who won an NCAA title as an assistant at Cal last year.

The University of Texas men’s team finished 2nd at last year’s NCAA Championships, which marked their 8th consecutive meet in the top two. The Longhorns will kick off their intercollegiate season on October 7 when they host a dual meet with TCU.

Glass’ primary coaching experience came as a part-time masters coach with the Western Hills Athletic Club. Another Texas alum, Ian Crocker, was the head coach of that club program until last year.