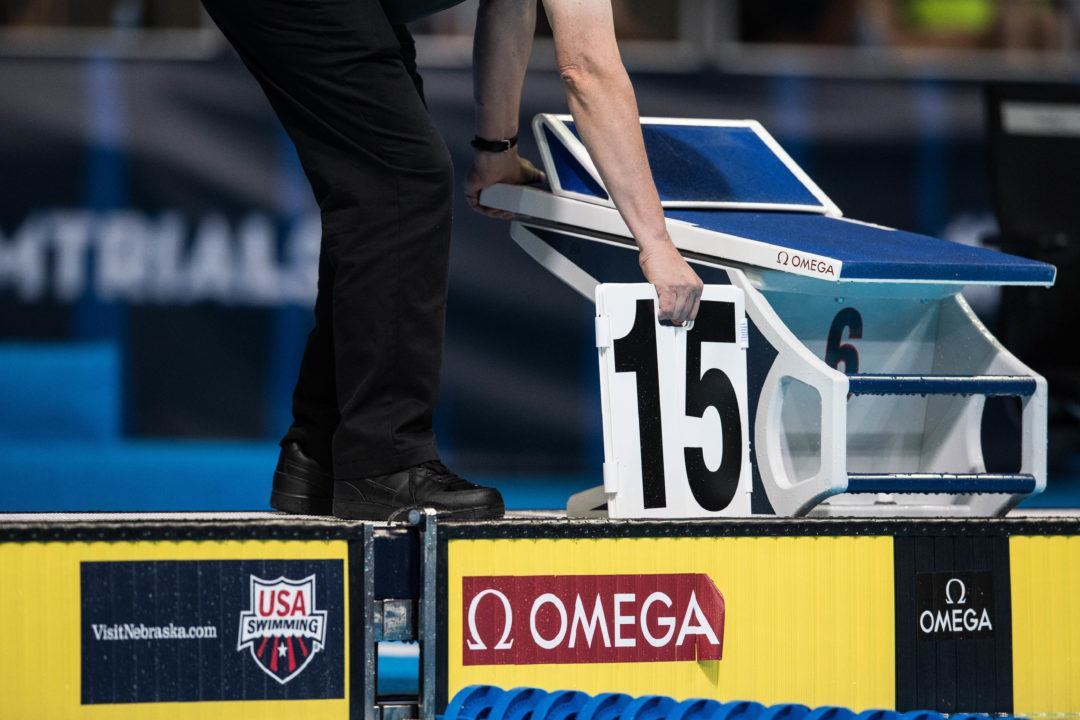 West Chester freshman Georgia Wright and Grand Valley State senior Leonie Van Noort both came in under the previous Division II meet record, but Wright got the win and her name etched in the books. Stock photo via Mike Lewis/Ola Vista Photography

It was an exciting race from the outset, with Wright in lane 4, senior Van Noort in lane 5, and Delta State University sophomore Caroline Jouisse in lane 5. Jouisse set the pace early on and led by a half body length over Wright and Van Noort through to the 700. Wright began her descent and took over the lead, increasing it with each 50. Down the home stretch all three put their legs in; Van Noort, in particular, had an impressive finish, going 27.18 over the final 50 yards, .33 faster than her first 50 which included a dive start.

The momentum was with Wright, though. Her pacing was even, and she built into her finish over the final 200 yards. She never let up and it became impossible to catch her.

Here are the comparative splits of the first two NCAA Division II women to swim a sub-9:50 1000 freestyle:

Well done Georgia Wright. Another product of Andrew Wallace’s age group and youth program in Doncaster, Yorkshire, England. Others produced in the program include Max and Joe Litchfield and Jarvis Parkinson. Training at West Chester with Steve obviously suiting her also. Great work by G and all involved in her swimming.

***More startling news*** Theresa Michalak has yet to be mentioned swimming D2 for West Florida, coming from Florida Gators as SEC Champion in 200 IM in 2015. What, did I miss something?

2
0
Reply
PKWater
Reply to  KNOW IT ALL

Didn’t she lose the 200 IM to a freshman from Dury? Not to say that that devalues her coming from florida.

0
0
Reply
HuskySwimmer
Reply to  KNOW IT ALL

This is her second year swimming for UWF. It was big news in the DII world last year.