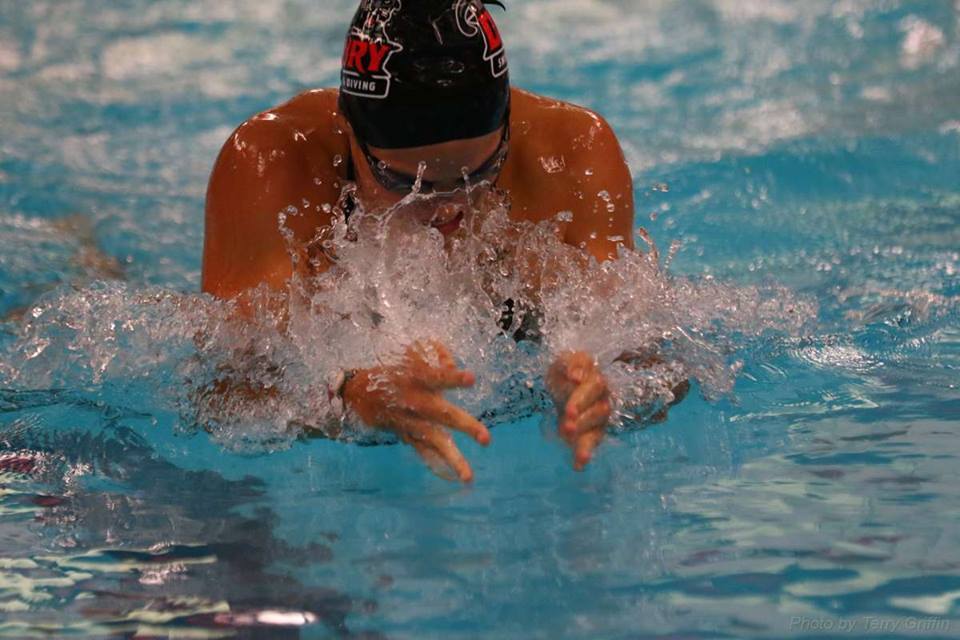 For the second time today, Drury freshman Bailee Nunn etched her name in the NCAA Division II record books; she first broke the national mark in the 200 breast in prelims, then repeated in finals. Archive photo via Drury Sports by Terry on Facebook

Just a few short hours after breaking the NCAA Division II record in the 200 breast with her 2:10.72 swim in prelims, Drury freshman Bailee Nunn lowered the brand new mark and became the first woman in Division II history to break the 2:10 barrier when she won the national title in 2:09.12. Nunn charged through the eight laps essentially alone, having left the rest of the field behind at the 50 wall. She turned a fully body length ahead of the rest of the field, and increased her lead to two body lengths at the 100, then 3 at the 150. When she came into the wall the clock read 2:09.12, giving Nunn a new national meet mark that was fully 1.6 seconds faster than the previous one, which she had set in prelims.

This is the fourth time the record has been broken since the 2014 NCAA Division II Championships. Below is a comparison of how the record-breakers have swum the race. As you can see, Nunn really attacked the first half of the race, but was still able to maintain good speed on the back end: