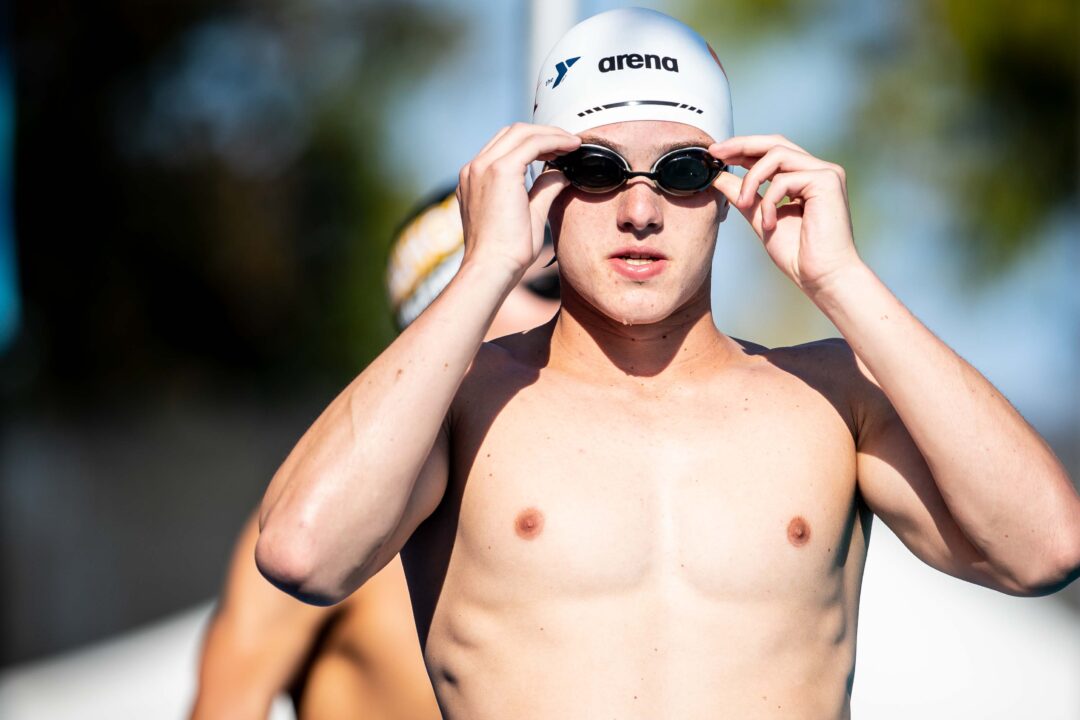 Thomas Heilman earned silver in the 100 fly at U.S. Junior Nationals in 52.44, becoming the second-fastest American boy in the 15-16 age group.

At the 2022 Speedo Junior Championship in Irvine, 15-year-old rising star Thomas Heilman roared to 52.44 in the boys’ 100 fly. That’s a huge personal best for Heilman, improving on the 52.87 he set in April at International Team Trials.

With this swim, he lowers his fastest U.S 15-year-old of all-time mark and moves up to second in the 15-16 age group. He moves up from fourth place, now the only American 15-16 year-old faster than him is Luca Urlando, who clocked 52.40 at 2018 Junior Pan Pacs for the National Age Group record. As he’s only 15 with the age-group record already in his grasp, he has a good chance to break it before he ages up.

Heilman made his move on the first 50, going out almost half a second faster than he did in Greensboro. He was slower coming back that he was in Greensboro, but only by .08 seconds.

Despite being slower than his previous self, Heilman made a push for the win on the second 50, out-splitting 17-year-old Bryce Halterman, 28.01 to 28.32. Heilman ultimately wasn’t able to pass Halterman and touched the wall second, just .11 seconds behind.

Earlier in the meet, Heilman won the 100 free, becoming the first 15-year-old to break 50 seconds in the event. He still has the 50 free and 200 free left on his schedule.

Halterman’s swim is also worth mentioning. The Michigan recruit went 52.33 to win, moving up to fifth-fastest 17-18 boy all-time. In the ‘C’ final, Rowan Cox dropped a 54.53, moving from fourth to second American all-time in the 13-114 boys age bracket. Only Heilman himself has been faster at that age, with a 53.27.

Halterman is 5th all-time 17-18. I have never seen a sports news outlet promote the second place finisher. Halterman won the meet and set a new meet record and 5th all-time. Seems odd to me. Heilman will be there next year but man give Halterman some respect.

Although I see your point, you need to remember two things. First of all, heilman is a bigger name, so it will Garner more clicks for the site. Second of all, being 52.4 at 15 is much more impressive than 52.3 at 17. Once again, I would have liked to see more recognition be given to halterman, but zi understand why the focused on heilman

Kid’s gonna swim 51 before he is 17 thats crazy

Halterman looks like he should have kids and a mortgage wtf

That dude looks 35 in that video lol oof

At first glance of the article, I thought Thomas won

Not good! C’mon man. This will come back on him some day.