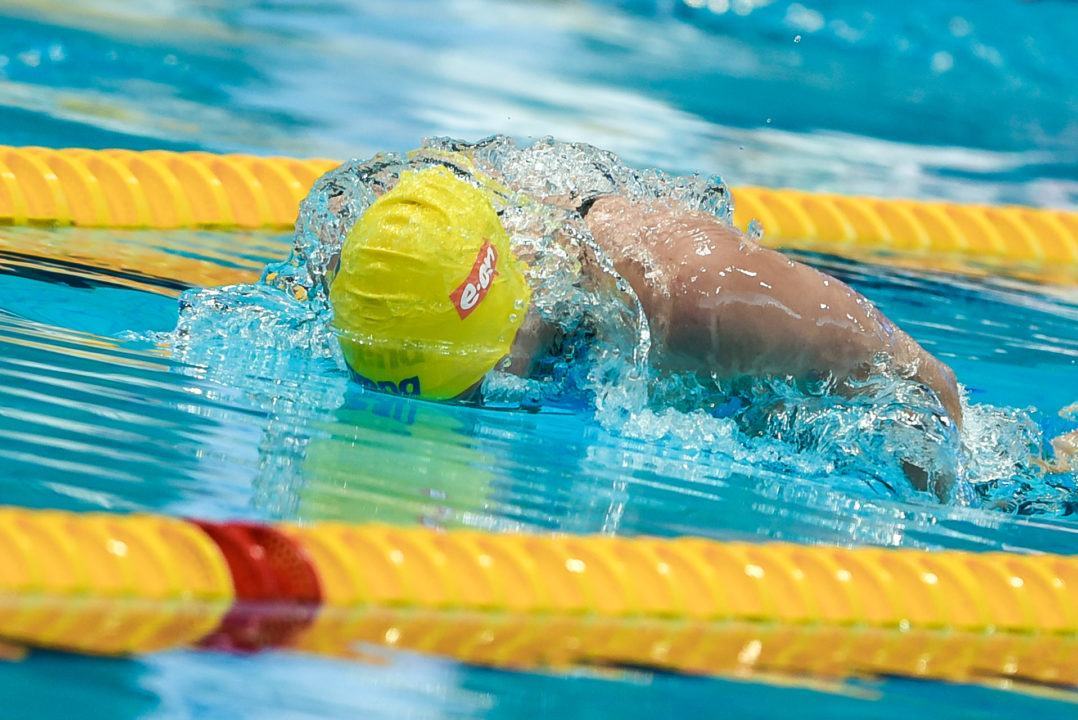 Sweden’s Sarah Sjostrom broke the world record in the women’s 100 meter butterfly en route to winning Olympic gold in Rio on Sunday night. Out in a 26.01, she was home in 29.47 for a final time of 55.48. Watch her race (most of it, that is) in the video below, courtesy of NBC Olympics:

How is she related to us ???? My grandmother was Helen Sjrostrom???

Usually, you watch as the world record line drifts away from people, but in Sarah’s case, she actually accelerates TOWARDS the line in the last 15 meters. Her closing speed is unreal.