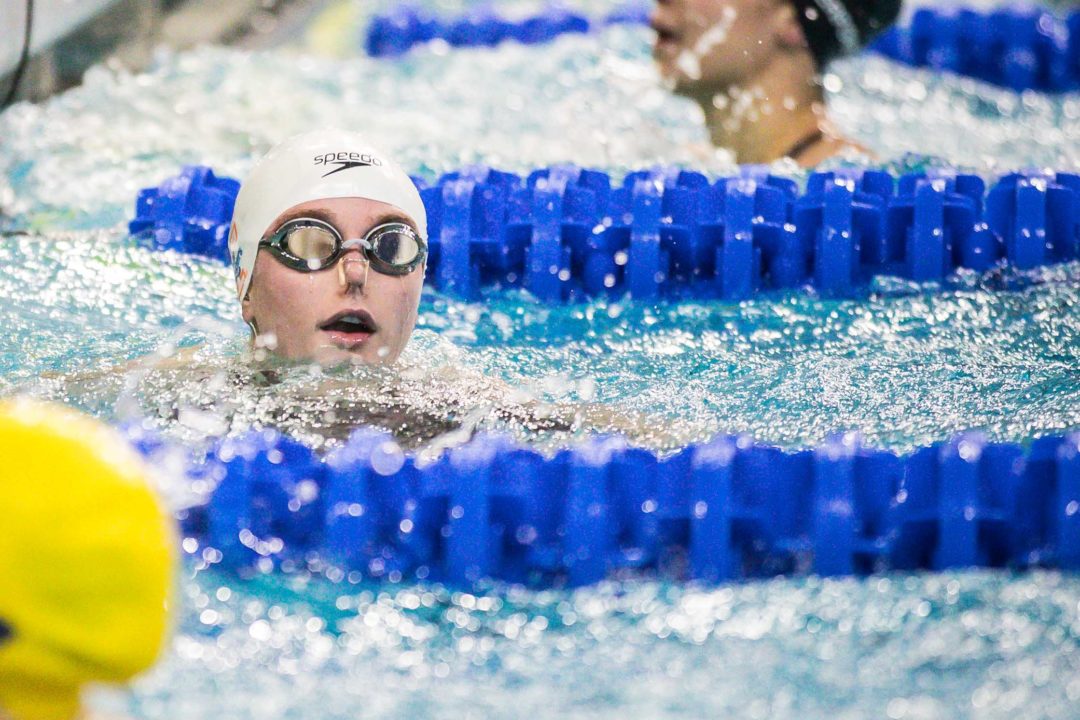 After breaking Natalie Coughlin’s Pool Record with her prelims swim, Brown raced to a new American Record in the 100 fly. Current photo via Jack Spitser/Spitser Photography

Tennessee’s Erika Brown is 2-for-2 in her individual events at the 2020 SEC Championships. After breaking Natalie Coughlin’s Pool Record with her prelims swim, Brown raced to a new American Record in the 100 fly. The former record was a 49.43 set by Kelsi Dahlia in 2016. She’s now the 3rd fastest performer in history, behind only Louise Hansson and Maggie MacNeil, who share the NCAA Record in 49.26. Brown, Hansson, and MacNeil will get a chance to go head-to-head at the NCAA Championships.

Below is a comparison of splits between Brown’s new American Record and Dahlia’s old mark. We’ve also included Hansson and MacNeil’s splits from the NCAA Record. Brown had the fastest first 50 out of all 4 of those swims. You can also see a video of tonight’s race below.

Is brown a jr?

I love when swimmer w a 2 body-length lead surfaces from one’s underwater at same time or later than those trailing her!

Why is it that coaches aren’t paying more attention to the importance of dolphin kicks??? There are a collection of coaches who get it and then there are those who do some underwater work once a month and call it good. Did she win it off her walls??? I’d be hard pressed to think otherwise. Did Caleb drive to 17point off his walls or by swimming more?- not saying he isn’t a phenomenal freestyler, but so were all the guys he was racing.

What current high-level coach isn’t focusing on underwater-work? I’m around a couple of the Bay Area’s more high-profile teams occasionally, and it looks like they do a ton of underwater work, at least compared to how I was trained 20 years ago.

Women’s NCAA 100 fly should be the race of the meet.