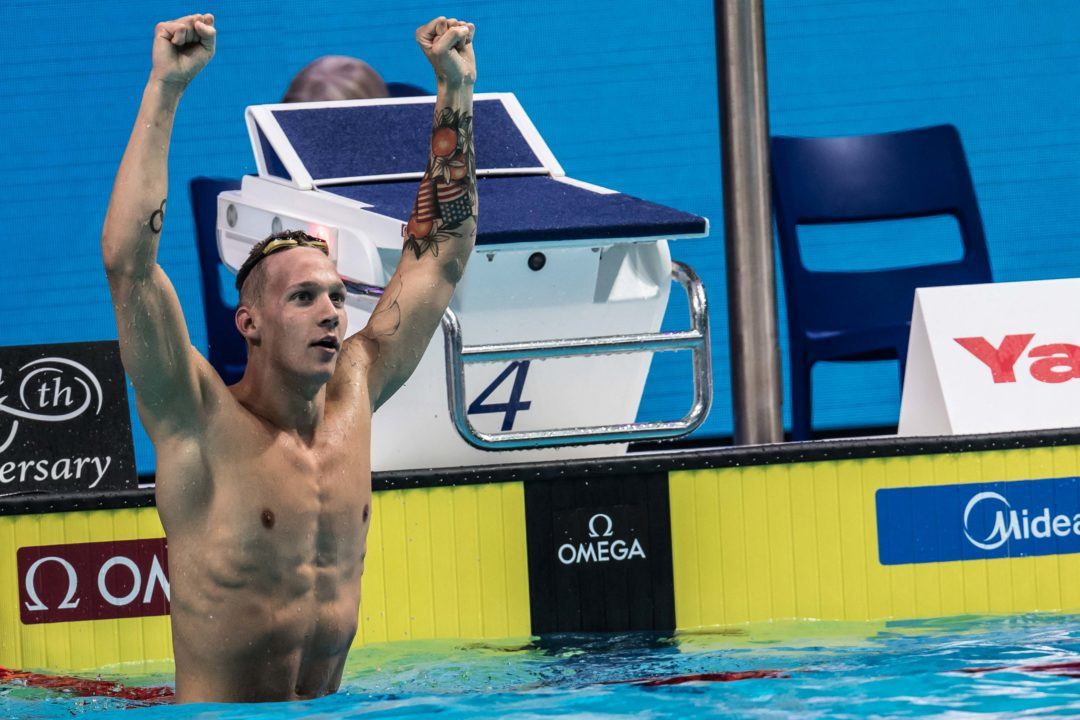 Last Sunday the 2017 Golden Goggle Awards took place, as the USA Swimming community came together to celebrate the year that was. Overall it was a fantastic year for the U.S., as they put together one of the best World Championship performances in history with 18 gold and 38 total medals.

Leading the way was Caeleb Dressel, who won a staggering seven golds to tie Michael Phelps‘ record from 2007. Not surprisingly Dressel cleaned up at Golden Goggles, claiming both the Male Athlete of the Year award and Male Race of the Year for his gold medal in the 100 fly.

Below, check out videos of each winner receiving their award, including their acceptance speech. All videos courtesy of USA Swimming.

To see the Class of Allison Felix & Amy Van Dyken together on stage for the presentation was awesome , Priceless .