Very Few Scratches for Prelims on Day 3 at U.S. Nationals 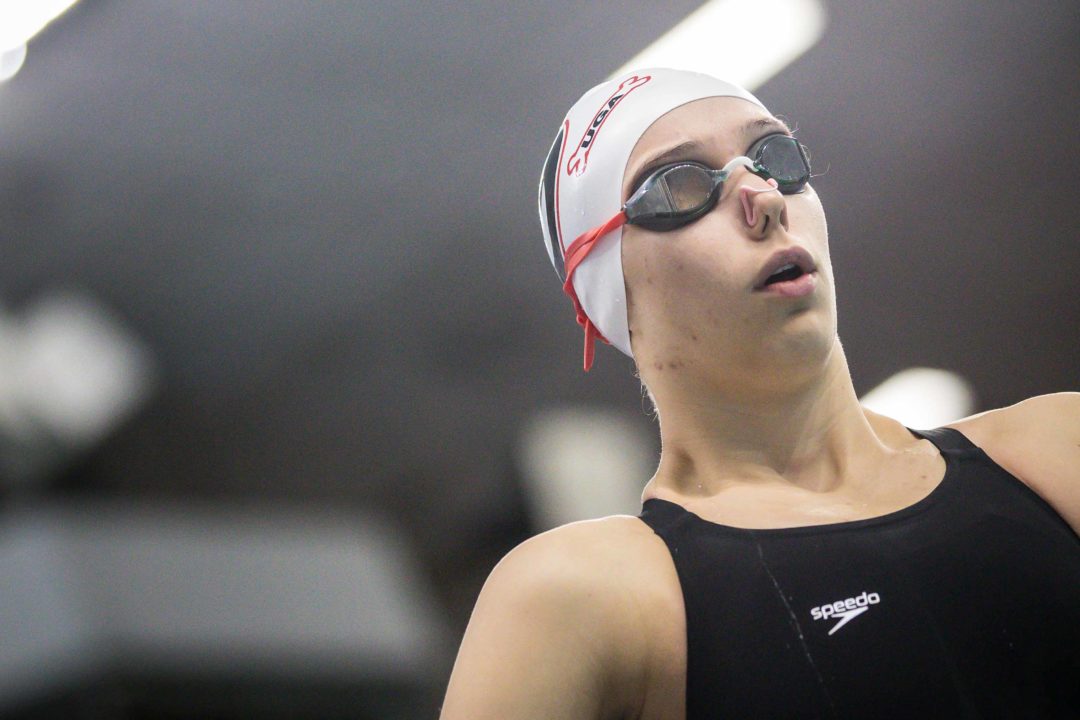 ABSC's Callie Dickinson, who came in sixth in the A final of the 200 fly on Day 1, scratched out of prelims of the 400 IM on Thursday morning. Archive photo via Jack Spitser/Spitser Photography

There are very few scratches registered among the circle-seeded swimmers on Thursday morning at U.S. National Championships in Irvine. In the women’s meet, Callie Dickinson of Athens Bulldog Swim Club pulled out of the 400 IM. She had come in with the 22nd seed time (4:50.36). In the women’s 100 fly, all of the 24 fastest seeds are expected to compete in prelims.

Rose and Bybee were entered in the 100 free on Tuesday but neither swam that event. Dickinson, on the other hand, placed 6th in the A final of the 200 fly on Tuesday.