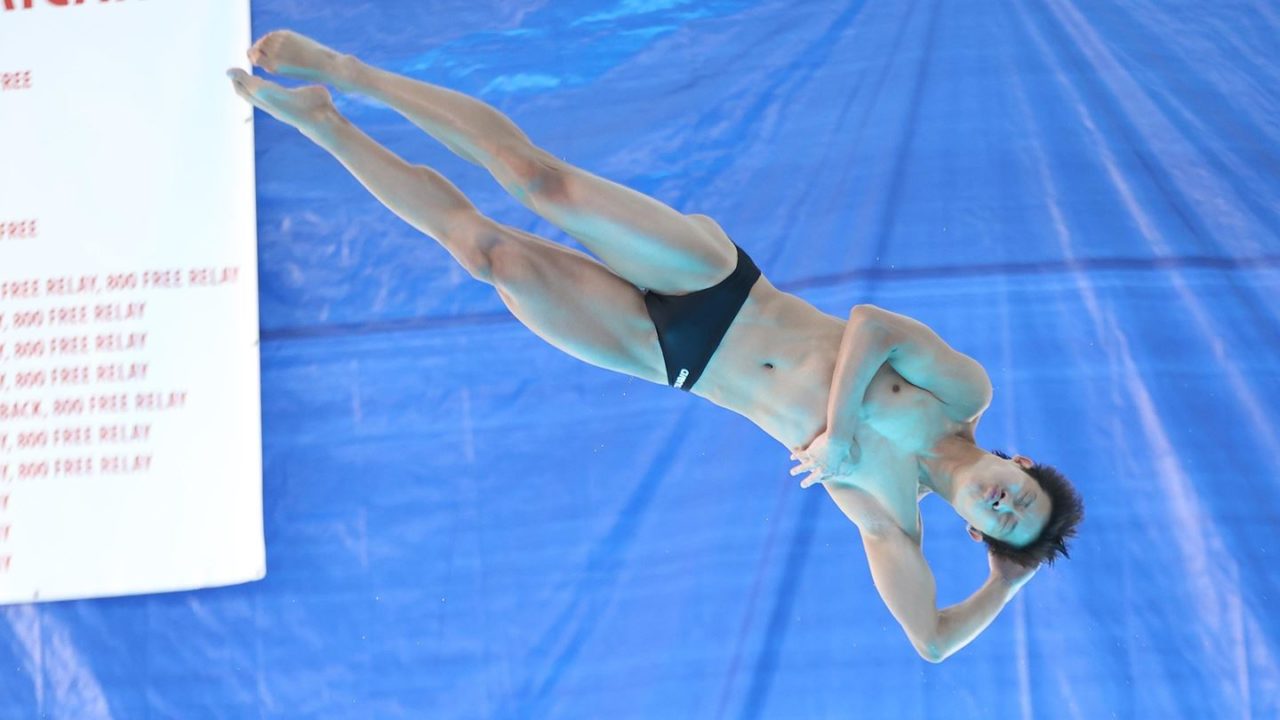 The Utah men got 3 divers into the final of the 1-meter event allowing them to declare an early lead in the team standings. Archive photo via Utah Athletics

While the swimming portion of the 2021 Men’s Pac-12 Swimming & Diving Championships doesn’t get underway until Sunday, the meet has already begun with the diving events running from Thursday – Sunday.

On Thursday night, 12 divers competed in the men’s 1-meter dive event. The top 8 from the prelims then moved on to the finals.

Conor Casey scored 413.55 points in the 1-meter diving finals on the first night of action at the men’s Pac-12 Swimming & Diving Championships. That score was an improvement for Casey upon his 2020 title-winning performance of 407.25.

Casey won the event by a decent margin, beating silver medalist Tony Chen‘s score of 344.80 by nearly 70 points. Bjorn Markentin from the University of Arizona followed Chen by just 2 points to score 342.80 for the bronze medal.

While Casey pulled off the win for Stanford, Utah managed to win the event as they had three in the final, scoring a total of 44 together. Chase Hindmarsh added 7 points to Utah’s total from his 10th place finish in prelims bring the school’s total to 51.

Casey and teammate Noah Vigran went 1-4 in the final, scoring 20 and 15 points, respectively. Adding in Hunter Hollenbeck’s 9 points from the prelims gave the team a total of 44. Arizona followed with 28 points total in the event while USC scored 16 and Cal rounded out the event with only 6 points.

The next event for the men’s diving portion of the meet takes place today in the form of the 3-meter. 1-meter silver medalist Tony Chen goes in with a top seed of 396.08.