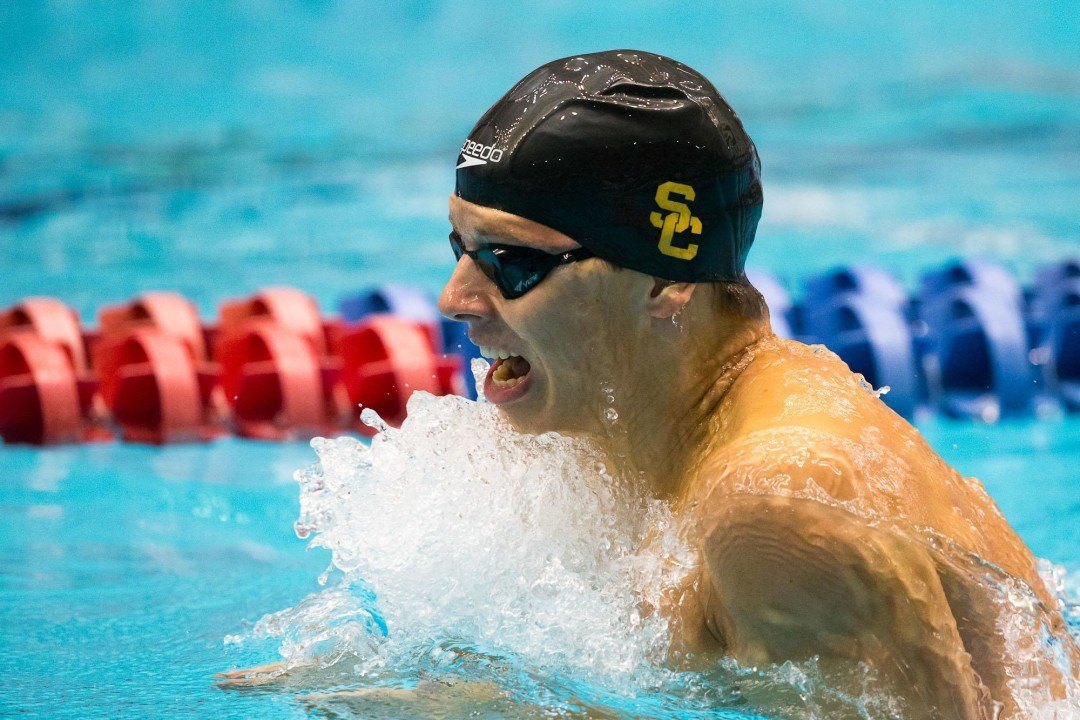 Los Angeles, California – Along with their women’s team, the University of Southern California men’s swim and dive team, led by Head coach Dave Salo, have announced their schedule for the upcoming 2015-2016 season, showing that they will be hosting eight meets and one diving invitational for this season. The first meet of the season, and their first host meet, was the Cardinal and Gold Intrasquad me that took place at the Uytengsu Aquatics Center on Sepetember 11.

After the season opener, the USC men’s team will take a trip up north for back-to-back dual meets to Santa Barbara, California for a dual meet against UC Santa Barbara (Oct. 2) and then to San Luis Obispo, California to compete against Cal Poly (Oct. 3).

Two weeks later, the team will host a two day meet against Hawai’i (Oct. 16-17), then another meet against USC Bakersfield (Oct. 23), and then the USC Invitational and Alumni Relays (Oct. 24) at the Uytengsu Aquatics Center.

In November, the Tojans’ will take a head to Arizona to compete in their first dual meet with another Pac-12 school against Arizona State (Nov. 6) in Tempe, Arizona, University of Arizona (Nov. 7) in Tucson, Arizona and on Nov. 19-21, the team will compete at the Arena Invitational at East L.A. College.

Before the End of first semester, the Trojans will compete in two meets, the Texas Invitational (Dec. 2-5) in Austin, Texas and the USA Nationals (Dec. 3-5) in Federal Way, Washington.

As Spring semester beings, the team will start it off with a dual meet against Wisconsin (Jan. 12) at the Uytengsu Aquatics Center, being the only meet for them in January. In February, the Trojans will host two more back-to-back meets against California (Feb. 5) and Stanford (Feb. 6). Their last dual meet of the season, before heading to the Pac-12 Championships, will be against Utah (Feb. 20) in Salt Lake City, Utah.