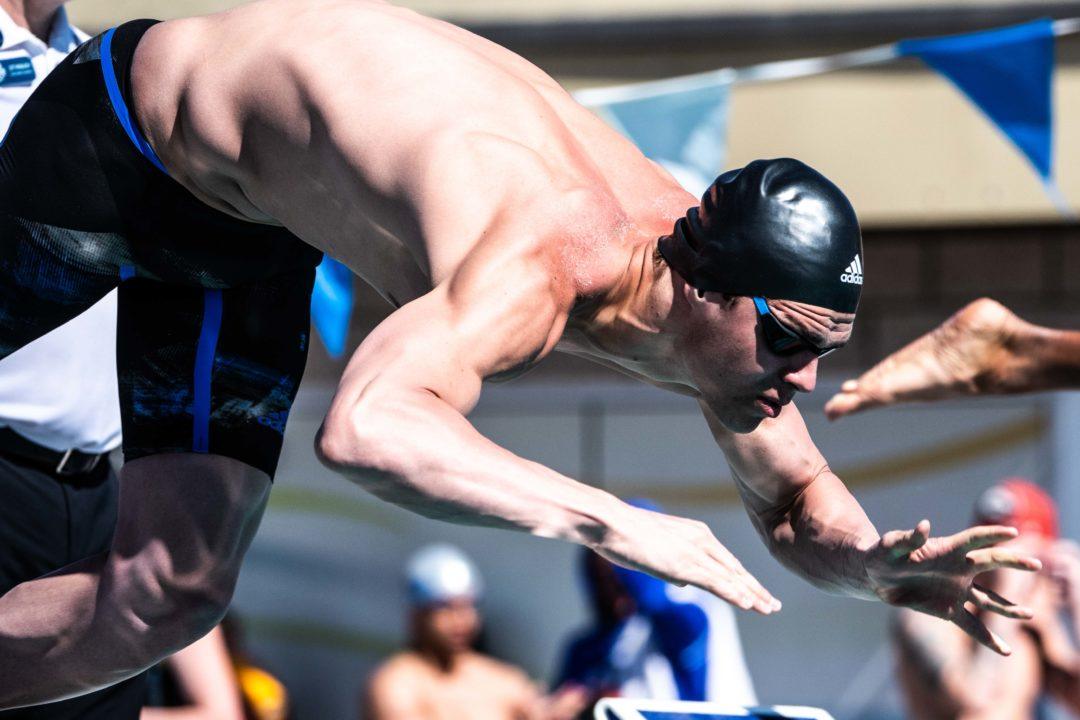 USA Swimming has announced rosters of its top 18-and-under talents to compete at the Mel Zajac International Meet and the Mare Nostrum tour in June. Archive photo via Mike Lewis/Ola Vista Photography

USA Swimming has announced rosters of its top 18-and-under talents to compete at the Mel Zajac International Meet and the Mare Nostrum tour in June.

The Mel Zajac roster is for high school athletes who have never previously represented the United States, while the Mare Nostrum group is pulled from last year’s 18-and-under International Team.

The Mel Zajac meet will take place in Canada (University of British Columbia, Vancouver) from June 1-3. The meet should be a big draw for Canadian swimmers, and as we’ve previously reported, a number of American seniors will also be in attendance, headlined by Florida-based Olympians Caeleb Dressel and Ryan Lochte.

The American roster is specifically made of first-time Team USA members who are currently in high school:

The Mare Nostrum team is about half of what USA Swimming calls its “18 & Under International Team.” That group qualified last year, with the requirement to post a minimum top-50 world ranking for women or a top-75 world ranking for men. The 18 & Under International Team then had a choice of traveling to two World Cup meets last fall (Tokyo and Singapore) or attending two of the three stops on the Mare Nostrum tour in mid-June. Specifically, the half who chose Mare Nostrum will compete in Canet-en-Roussillon, France on June 9-10 and Barcelona, Spain on June 13-14.

The “18 & Under” portion appears to refer to when the team actually qualified, as a handful of these athletes have already turned 19 this season. You can see the full roster including the World Cup swimmers here.

You can see both full rosters along with coaching staffs here.

“The ’18 & Under’ portion appears to refer to when the team actually qualified, as a handful of these athletes have already turned 19 this season.”

Great opportunities for These Juniors. Actually better than some of the National teamers!